A KNOCK AT THE DOOR

Eric Jameson could never go home again. For him the mythical image of the happy family floated magically in the air and glistened in the sunlight, like a child’s soap bubble. Then it burst into nothingness. He found his Inner Love-light and purpose in life, but that did not mean he could go home again. Suddenly, his younger brother died. Now he had to go home.
Mr. and Mrs. Jameson stood in the cemetery with a small group of family and friends. The gray sky and bone chilling air made everyone shrink into the collars of their coats. The preacher’s readings droned on as he lay to rest the Jameson’s youngest son. He died in a senseless car crash with five of his teenage pals. 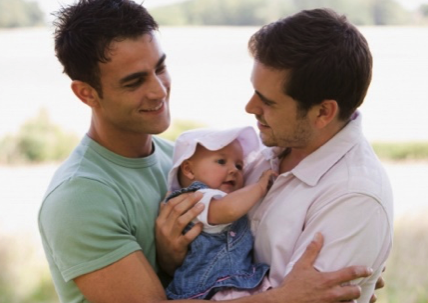 Mrs. Jameson noticed a tall thin man standing at a distance under a barren winter tree. He was all dressed in black from his shoes to his wide brimmed hat. His young gaunt face sported a wispy beard. She could not see his eyes behind the hat brim. She turned to point him out to her husband, but when she turned back he was gone.
Early that evening while sitting in silence in front of the fireplace, Mr. Jameson said sullenly, “’tis not right dat a fader should out live his two sons.”
Mrs. Jameson was shocked at his words and felt compelled to respond, “Our oldest son, Eric, is not dead! He is quite famous and lives in…”
“I tol’ ya neve’ ta speak dat name again,” Mr. Jameson shouted as he stood over her. His fury turned his face beet red and spittle flew from his mouth. He shook his finger violently at Mrs. Jameson. “He be dead ta dis family and da church. I trew him out wid his purple hair, silver earrings, and grotesque tats alova his bod. He’s a good fo’ notin pothead queer, who disgraced our’s good name. Don’t eva speak dat name ta me again, or I’ll smack yalls face.” 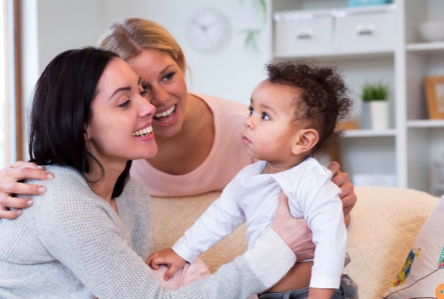 Mrs. Jameson quickly retreated into the kitchen and began to clean the already spotless countertops. After a few moments, she looked over her shoulder at the kitchen door and reached into her apron pocket. She took out a piece of worn glossy paper folded many times. Slowly she unfolded it keeping her eye on the door every few seconds. The paper was the cover from News Week magazine. On it was the picture of a handsome young doctor and the headlines read, “Doctor Brings New Hope to AIDS Victims.” Mrs. Jameson reached out and gently touched the face in the picture and stroked the image. Tears rolled down her cheeks. The words of the article would be forever burned in her memory. “Caltech’s brilliant new laboratory scientist, Dr. Eric Jameson, is on the verge of a major breakthrough in HIV research. A serum developed by Dr. Jameson is successfully destroying the AIDS virus in laboratory animals. Research and test results are now on file with the FDA and awaiting approval. Dr. Jameson says, ‘This could be the lifesaving answer to hundreds of thousands of victims worldwide.’”

The kitchen door swung open and Mrs. Jameson quickly turned her back to conceal the magazine cover. She folded it, put it back in her apron pocket, and continued to wipe down the countertop. Mr. Jameson said nothing, walked to the refrigerator, and took out a beer. You would need a meat cleaver to cut the tension in the room. Mr. Jameson sucked down his beer and announced, “I tinks I’ll gos down ta Buddy’s and trow some darts.” Mrs. Jameson said nothing, and Mr. Jameson just stood glaring at her. Finally, he turned, put on his coat, and walked out the back door. Mrs. Jameson sighed in relief.Within minutes there was a knock at the door. The muscles in Mrs. Jameson’s face and shoulders tensed. Slowly she took off her apron and headed for the front door. She peeked out to see who it could be. It was the man dressed in black from the cemetery. Mrs. Jameson was apprehensive and called out through the door, “Who is it?” There was no answer, but only what sounded like a moan. The stranger knocked at the door again. Mrs. Jameson carefully slipped on the safety chain. She cracked open the door and asked, “What do want?” She tried to see his face under the hat brim.
The man took off his hat. His hair was long and thin just like his beard. His eyes and cheeks were sunken into his skull. He spoke in almost a whisper, “Mom?”

Mrs. Jameson froze in disbelief. It took more than a minute for her to recover. She finally said, “Eric is that you?” Eric nodded. Mrs. Jameson closed the door, released the safety chain, and opened the door. She blurted out, “Oh, my dear boy! Come in. Can I take your coat and hat?”
Eric stepped in and replied, “No Mom, I can’t stay. I waited outside until Pop left. I don’t suppose that anything is changed.”
Mrs. Jameson showed him into the living room and motioned for him to sit. She said matter-of-factly, “Oh Eric, your Pop is such a changed man. You know he loves you deep down. He just has trouble expressing it. Why just the other day he was saying…”
Eric interrupted, “I know that’s not true Mom, but thanks for pretending.” They exchanged small talk for several minutes before Mrs. Jameson went and took out the magazine cover from her apron pocket. She set down and studied Eric as he spoke. Finally, he asked, “What do you have there?”

Mrs. Jameson carefully unfolded the paper and smoothed it out in her lap. She said proudly, “I know what you have done Eric. I am so proud of you. I read the article so many times; I know it by heart.” Tears welled up in her eyes. “You made yourself into such a wonderful and important person.” She looked into his face and then at his picture on the cover. She asked, “Eric, are you well?”
Eric hesitated for a moment and then said softly, “Mom, I have AIDS.”Mrs. Jameson sat starring at Eric in silence. It took several minutes before she could recover and respond. She held up the magazine cover, “But you can cure yourself! It says so right here!”

Eric explained, “It only works on seventy-five percent of the people, Mom. It doesn’t work on me.” Eric smiled, “It is pretty wonderful though for those seventy-five out of a hundred victims. That feels good.” He looked down and turned the hat in his hand. “The reason I came was to tell you myself, so you would not think badly of me. I know that Pop would see it as just another failure. But I knew you would understand.” They talked for hours and reminisced over Eric’s childhood, laughing and crying together. His Mom praised him for his sacrifice.Suddenly, they heard the back door opening and slamming shut. Eric sprang to his feet and moved quickly to the front door. His Mom followed, they quickly kissed, hugged, and said goodbye. Mrs. Jameson stood watching him go as Mr. Jameson walked into the room. She slowly closed the door. Mr. Jameson asked, “Who dat?”
Mrs. Jameson said, with her head and shoulders back, “That was my famous son, Eric!” She turned and walked up stairs without folding her magazine cover.