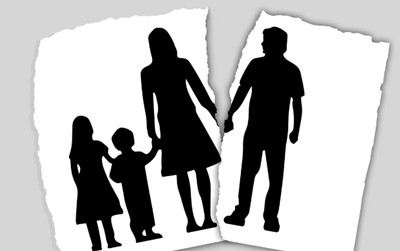 Rachel O’Reilly did not have an easy life.  Her father abandoned her family when she was only two.  Her older brother was in and out of reform school twice before she was twelve.  Her home life was harsh, with heavy discipline and no love. 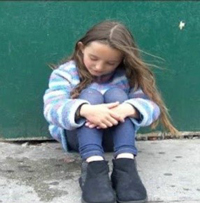 Rachel’s mother made her feel like she was nothing but a burden, while pursuing a long string of lovers.  Her early parochial school life was also harsh, being very heavy on discipline and guilt.  On her fourteenth birthday, the police picked up her brother for pushing drugs, and her mother signed papers relinquishing custody of Rachel to the state.  The court placed her in the county orphanage.  Rachel never saw her mother again.

Life in the orphanage did not get any easier.  The institution was over-crowded and under-staffed.  Each child had to adhere to the strict routines of the institution or suffer the loss of valued privileges.  The one thing that Rachel craved the most was love.  She dreamed about the love of family. 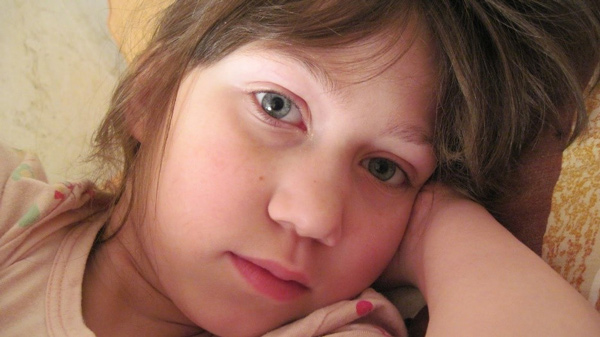 When Rachel graduated from High School and turned eighteen, her counselor got her a job as a checker in a supermarket and set her up in a small one room flat.  With her newfound freedom, Rachel went looking for love in all the wrong places.  She soon racked up a list of one-night stands and short relationships.  After a while, she began to see that she was becoming just like her mother.  This totally repulsed her, and she stopped dating.  She was prepared to wait for her knight in shining armor, her soul mate.

Twice she thought she had met him, got married both times, only to discover that they were incompatible, or that they built the relationships on physical attraction only.  One marriage lasted for two years, the other for three months.  After her second divorce, Rachel gave up on men and kept to herself.  She began to feel that she was not lovable.  In her confusion, she was not sure that she would recognize love if she found it.  The only thing she knew was that she had not found it yet.

After work one night, Rachel settled down with a bowl of popcorn and an apple to watch TV.  She discovered the series, “Touched by an Angel.”  She watched skeptically.  During the revelation section, when Monica revealed herself as an angel, Rachel heard the words, “The ‘Great I Am’ loves you.”  Rachel felt the power of those words and tears streamed from her eyes.  When the program ended, she turned off the TV and sat in her quiet room for the longest time. 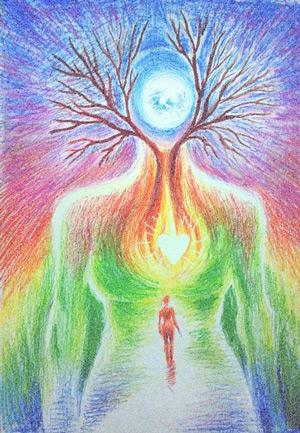 Finally, Rachel stood up and began to search for something in her dresser drawer.  She looked in one place after another, stopping to think, and then searching again.  She opened a small box in her closet and found it.  She took out a small card.  It was a worn and faded picture of Mary, mother of Joshua.  Rachel lit a candle, turned off the lights, and sat on her bed.  As she sat looking at the picture, the candlelight danced on the picture’s surface.  She began to feel a peace come over her unlike she ever felt before.

Then the face of Mary began to glow.  To Rachel’s astonishment, the light grew brighter and brighter.  Rachel threw the card down on the bed, but the light grew even stronger.  Then she heard a sweet gentle voice say clearly, “Rachel, I love you.”  Rachel covered her mouth with her hands.  Her heart was pounding.  The light seemed to swirl up from deep inside her, then fill the air around her, finally swirling back into her heart.  It filled her with ‘I Am’s Love-light, unlike anything she ever felt before.  The tears poured down her cheeks.  Slowly the shining light faded in the room, but the burning flame of the ‘Great I Am’s Love-light stayed in her heart.

During the weeks that followed, Rachel went to one church after another trying to find a priest or pastor, who was preaching the Love-light of the ‘Great I Am’.  She found none.  Then she heard about a retired Nun, who was leading a meditation group.  She decided to try it out.  This Nun was a dynamic person, and her words struck home in Rachel, “Until you experience the Love-light of the ‘Great I Am’ within you, you haven’t experienced Love.  ‘I Am’s Love-light is the fire that kindles all other love.  Let the fire burn in your heart and love one another.”  The flame in Rachel’s heart burned intensely, and that day she realized that ‘I Am’ was inside her all along.

Rachel got financial assistance, went to college, and graduated.  When she became part of a meditation group, she began to help others connect with their ‘Great I Am’ center.  She met a wonderful man, and through the ‘Great I Am’s Love-light, it became a true loving relationship.  She thought that life could not get any better, because she now felt doubly blessed.

When Rachel became the leader of her first meditation group, she set the group on fire with the Love-light that poured from her heart.  After the group meditation, people kept greeting her, “I Am’s Love-light be with you.” 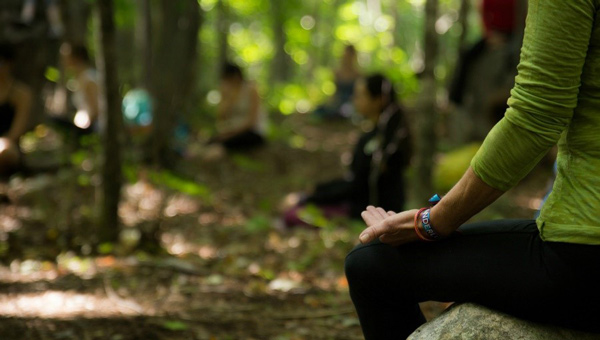 “The Joshua you show me is real.”  “We love you, Rachel.”  This outpouring of love overwhelmed her.  Finally, she was approached by a member of the group, who was a prominent psychiatrist, wearing a broad smile.  He gave her an envelope.  It contained a full scholarship to graduate school.  He said, “May your study clothe your heart in the Love-light of the ‘Great I Am’, as you have clothed our hearts in ‘I Am’s Love.”