In Richard’s family the experience of the ‘Great I Am’ within us is a realized event. For Richard that event was elusive until one Christmas season.

When Richard was a young man, his father explained their English family tradition. If they were planning on entering a profession and the university, they first had to learn a trade. His father was a rigger by trade, and that trade put him through school. During his sophomore year in High School, Richard chose to become a cabinetmaker and went to work on weekends as an apprentice in the cabinet shop of a German master, Chet Ferris.

That first autumn was an exciting time for Richard. Although his major duties were keeping the shop clean and the tools sharp, Richard also learned how to make wooden plains, jigs, and other homemade tools. On an occasional Saturday afternoon, they would close the shop and Chet would take Richard to a farm or estate auction. Everything was a learning experience, but it was fun to Richard.

At one of the auctions, after Chet appraised all the furniture and equipment with Richard getting numerous pointers, Richard went off by himself to look around. In the basement, he found several wooden boxes marked by lot numbers and lined up on a long bench. It was fascinating to rummage through them. They contained everything from mousetraps to hand tools and at least one treasure. Richard made notes for Chet.

When the auction started, Richard stood next to Chet and watched him bid. Chet had a strategy, throw in an occasional bid, and back out. This kept the other person guessing as to what it was worth. His main interest was in a large wood turner’s lathe. It was old, but in excellent condition. When the box lots came up, Chet bought two for a dollar. The auctioneer was rummaging through the fifth one, when a mousetrap went off and grabbed his fingers. The crowed and Richard laughed hysterically and the auctioneer screamed in pain. Chet looked at Richard. He wasn’t laughing. He never said anything, but Richard knew he knew.

Finally, the lathe came up and Chet let the auctioneer struggle to get an opening bid from someone else. Chet put in a couple of bids and then cut the twenty-dollar increments to ten. After a couple of these, he dropped out. There were two more bids and the bidding stalled. The auctioneer called, “Going once, going twice…” Chet jumped in with one last bid. The others hesitated, and Chet got the lathe.

On the way home Chet explained that, the lathe was very important, because they had three big jobs that required woodturning, and they could do only part of them on the small lathe they had in the shop. They needed to do them all before Christmas.

By the end of October, Chet had only turned a tenth of the work required for the first job. Dick, the journeyman working in the shop, started working overtime turning on the small lathe. After two more weeks, Chet panicked. Only a quarter of the woodturning for that job was done, and they were behind on the rest of the work for the same job. Chet called around to see if there were other wood turners, who could take some of the work. They were all fully booked. Chet and Dick worked through Thanksgiving, but it felt hopeless to them. Christmas was coming. Richard even went in to work on that Friday.

During the morning, an old man showed up at the shop. He was tall and as thin as a nail. His white beard was gnarly, with yellow chewing tobacco stains around his mouth. His clothes were tattered and patched many times. Under his arm, he carried a canvas roll with something in it. He stood in the doorway for the longest time watching the activity in the shop. Richard finally went to Chet and pointed him out. Chet shouted to him without stopping, that he had nothing to give him for a handout.

The Old Man shouted back, “I understand you need a wood turner.” The whole shop came to a screeching halt. Chet talked to the old man, and showed him the plywood profile of what they were turning. He asked if he could turn them, and the old man simply said, “Yep!” 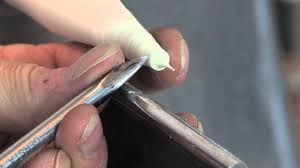 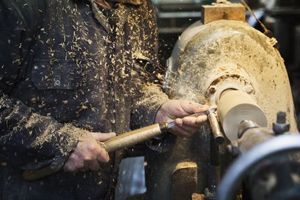 He took Chet’s work out of the lathe and put in a new stick. He unrolled his canvas roll to reveal a beautiful set of turning tools. In less than ten minutes, he turned the first piece, which usually took Chet or Dick an hour to turn, and handed it to Chet. The Old Man said, “The first one always takes longer.” He hadn’t taken one measurement or looked at the profile a second time. Chet checked his work, and it was exact. The Old Man said with a smile, “It’s good enough for who it’s for.” He was hired on the spot. 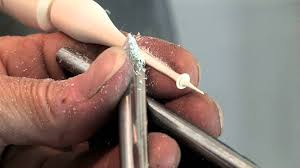 Chet showed the Old Man the plans for the three jobs and showed him where the lumber was stored. He gave him the same first day lecture he gave Richard pointing out a large stick of rosewood, laying to one side and explaining that it was not to be used. He bought it twenty years ago to make a floor lamp for his wife and never got around to it. Now it was the most valuable piece of wood in the shop. The Old Man said nothing and went straight to work. He was working when Richard got there the next morning, and he was working when everyone went home at night. Chet said he was sleeping on the shavings.

By the end of the next week, the first job was done and installed. In another week, they finished and installed the second job. The Old Man even took time to teach Richard how to turn. On Christmas Eve, they all went to finish installing the third job and were done by two o’clock. Chet took them back to the shop for an eggnog and fruitcake calibration. He paid everybody and gave each of them a large ham as a Christmas bonus. He told the Old Man that what he did was a Christmas miracle and offered him a permanent job. The Old Man declined and left with his roll of tools under his arm. Dick and Richard left a minute later to offer him a ride, but he was nowhere to be seen.

That night Chet couldn’t sleep, so he went to the shop to start the year-end inventory. To his amazement, the rosewood stick was gone. Early Christmas Day, he called Dick and Richard to ask if they moved it, and they went down to the shop to help look. Chet assumed the worst and called the Sheriff. Chet gave him the Old Man’s description, and the Sheriff went into Chet’s office to phone it in. “Don’t mind the dust,” Chet said.

After a few seconds, the Sheriff called to us to come to the office. We all stood in the doorway dumbfounded. There stood the most magnificent rosewood floor lamp any of us ever saw. Next to it were the plans that Chet drew twenty years earlier.

Richard realized he just experienced his ‘Great I Am’ event. He turned to Chet and said, “They say that Joshua always comes this time of year. But Chet, I don’t feel that it’s a good idea to arrest him.”