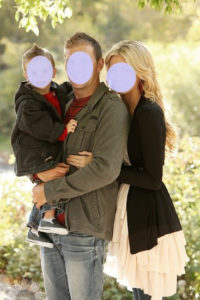 Charlotte was the daughter of a preacher.  She found Jesus and gave herself to him at the age of 14 and her daddy baptized her into the faith.  She often talked about that event as being born again.  However, the path that her life took led her to another rebirth.

At 19, she married a prominent banker ten years her senior.  He was also a devout Christian.  Her father knew him and approved of this marriage.  They went to church every Sunday and read the Bible in their home.  They loved their country, because Jesus founded it.  They believed true Americans were his chosen people.

They believed the purity of their faith controlled the madness in the world around them.  Jesus was the only way to God.  Only those who accepted Jesus were part of God’s plan.  All those outside the faith were the enemy, the unclean, the lowlifes, and the anti-Christ.  They saw themselves as Christian soldiers marching on to war and one day would have true Christian political power. 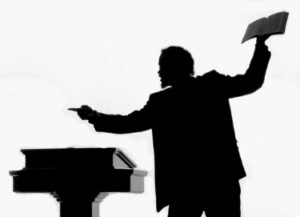 Into the purity and sanctity of their home, Charlotte gave birth to a son.  They brought him up in the faith and at 12, her daddy baptized him into their church.  Her husband was a wonderful father to the baby.  He took him with him whenever he went to his evening meetings.  The boy idealized his father, and Charlotte was proud and happy.  She felt that Jesus blessed their family and their lives.

Then one Sunday, while they were on vacation, they went to church where they were visiting.  The preacher talked about the Love of Jesus.  He described how the ‘Great I Am’s heart was so full of Love for us.  He said, “Because of that Love-light, He sent his son to suffer death for our sins.  So, take that Love-light into your hearts.”  Charlotte could feel the power of that Love-light enter her heart.  She praised the ‘Great I Am’ and Jesus, with one Amen after another.  The preacher’s message was setting her on fire.

Charlotte looked at her husband and son who were going through the motions.  She could tell that they were not having the same experience.  Their responses were too mechanical.  Their hearts were closed to this powerful Love-light of Jesus.

Again, Charlotte looked at her husband and son.  A darkness was coming over them.

The Love-light poured through the preacher.  He called out, “Open your hearts to the entire world and embrace every one of every faith.  Feel that the Love-light of the ‘Great I Am’ is one.”  Charlotte opened her heart, and the Love-light began to write on her heart.  She could see the Love-light writing on the hearts of everybody all over the world.  The more the people opened their hearts the stronger the Love-light became.

Then Charlotte heard His’ voice.  It was like thunder exploding inside her heart.  “I’m the Word, creator of all things.  Search to find me in all things and all people.  I’m the Love-light.  Connect with me and discover the purpose of your life.”  This was the most powerful experience of Charlotte’s life.  Now she knew the Word was within her.  Now she had an open heart that was one with the ‘Great I Am’. 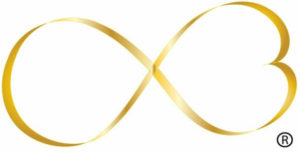 She felt faint and reached out for the hand of her husband.

His hand was cold as ice.  As she turned to look at him, she saw that his face was full of hate.  An anger was welling up inside him.  He clasped her hand tightly and grabbed their son by the arm.  He stood up, dragged them out of the church, and forced them into the car.  As they drove off he said, “That’s another church that should be burned to the ground.”  Charlotte sat in silence.

Her son looked up to his father and asked, “What’s the matter Dad?”

Her husband responded in a cold and vicious voice, “Son, don’t ever sit and listen to a papist, Jew, darkie, homo, Commy lov’n preacher.  Jesus wants us to be pure and rule the lowlife bastards!  We are American Christian soldiers and the war is against preachers like that.  He is the Anti-Christ.  Pray that God will strike him dead.”

Charlotte could not believe her ears.  All these years, she thought she knew her husband.  She thought he was a man of faith.  Now, what she was hearing was a perversion of everything she believed in.  She wanted to speak out, but something inside her told her to keep silent.  She didn’t understand.  How could anyone close their heart to the Love-light of the ‘Great I Am’?

Charlotte’s life was different from that day on.  Spiritually, she and her family went in different directions.  Charlotte went to school to study for the ministry.  She found the Love-light within her.

One night when she was driving home, she saw a group of the Klan burning a cross in front of a burning church.  She pulled to the side of the road.  She had to say something.  She felt that this hatred had to stop. 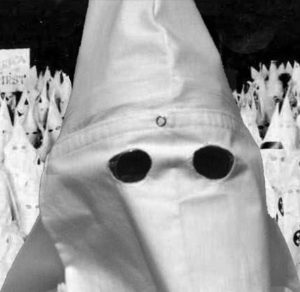 Before Charlotte could get out of the car, the Klan started to break up and go back to their cars.  Three of them, taking off their hoods, walked into the beams of her headlights.  It was her husband and son.  The third figure turned and yelled angrily at her to dim her lights.  It was her father.

Charlotte sat there, dumb founded, and paralyzed until they drove away.  These questions haunt her, “How can people believe in Jesus Christ and be part of the darkness?  How many churches follow a false doctrine and dogma?”

Charlotte did not go home that night.  She put her family behind her.  She turned toward the Love-light she found.  She became celibate and worked to spread the Love of the ‘Great I Am’ to everyone.  She had an open heart and no regrets.