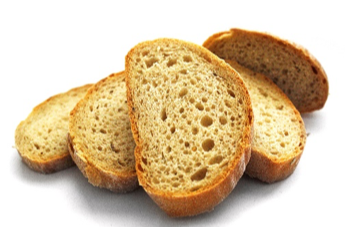 Long, long ago people baked their own bread at home.  Then one day a man decided to become a baker.  He baked fine bread.  Little by little, everyone tried his bread and liked it so much they stopped baking bread.  It took only a few generations until most people forgot how to make bread.  Finally, the great-great grandson took over the business, and he was still the only baker in town.

The baker baked for the people, and his bread took away their hunger.  He felt a sense of purpose, because he knew he was sustaining their lives.

The baker baked the communion bread for the local church to feed their spirits.  He knew that the bread was satisfying their hunger for the ‘Great I Am’.  The Bread was binding together their broken selves and making their bodies and spirits one.  This gave him a wonderful feeling.

Then one day a division occurred within the church.  Some leaders said that when they prayed over the bread it transformed into the body of Joshua.  They called this TRAN.  Others in the church believed that when they prayed over the bread that the body of Joshua existed within the bread.  They called this CON.  The argument spread throughout the community until people saw themselves as Tran or Con.  The baker simply scratched his head through his baker’s cap.

It didn’t take long until the church split apart, and the Con formed a new church.  The community divided between the two churches.  The Con talked bad about the Tran and the Tran talked bad about the Con.  The Tans said that they were the only true church and everyone else was damned.  The Con declared themselves a church of true believers.  The baker didn’t understand any of this.

When people came into his shop, the baker listened to both sides, because everyone came to buy bread.  He thought that the whole issue was ridiculous.  He baked the bread for both communion tables.  It is the same bread, with the same ingredients.  Now there were two loaves, because there were two churches, but it is all from the same dough.  The baker felt sorry for the people, but he didn’t know what to say to them.

After a while, people stopped talking to each other.  When they came into the shop at the same time, they pretended that the other person was not there.  The baker often tried to get them engaged in conversation, but when he did, they used him as a go between and refused to talk to each other directly.  Before long, the baker was tired of hearing and saying everything twice.

Interestingly, the baker was a meditator and connected to his “Great I Am” within him.  In his meditation he asked the “I Am” to show him a way to end this absurd debate.  Typically, the “I Am” did not send him a verbal solution, because there is none.  Meanwhile, the division became deeper.

Then one day the baker’s wife became ill, and the doctors couldn’t figure out what was wrong with her.  Her symptoms were different from anything they ever saw.  The baker became very worried.  The doctors tried one thing after another, but nothing worked. 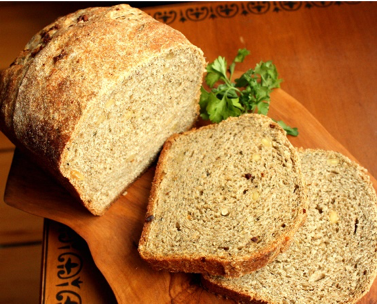 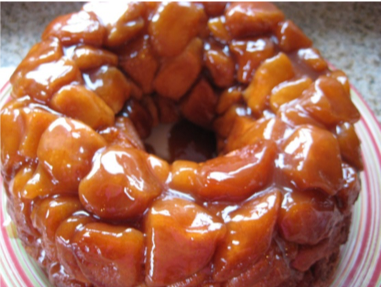 The baker’s wife was now so weak that she couldn’t get out of bed. The baker closed the shop to take care of his wife.  He put a sign in the window, “Closed until further notice.  Illness in the family.”  The next morning when people came to the shop, they were more than unhappy when they read the sign.  They all walked away mumbling and grumbling.  When a Tran arrived at the same time as a Con, each dodged the other, and secretly blamed the other for the illness.

Soon there was no more bread left in the whole community.  People grew hungrier and hungrier for bread.  The priests tried to bake the communion bread themselves, but it was a total failure.  The churches had to suspend the practice of communion.  Many people tried to go back to baking bread in their homes.  Old cookbooks that still had bread recipes were hard to find.  Yeast was even harder to find.  The only thing people could think, talk, or dream about was bread.  The one thing they couldn’t get was the only thing they wanted.

The people and the churches began to get angry with the baker.  Until one day, a mob began to form in front of the baker’s shop.  They pounded on the door and demanded that he bake them some bread.  The Tran and the Con were shouting together.  They were talking to each other, united against the common enemy, the baker.

The baker stuck his head out of the upstairs window and begged them to be quiet, because his wife was so ill.  He promised, as soon as his wife was well again, he would start to bake again.  As he pulled his head back inside, the people stood in silence.  What were they going to do?  Finally, a little girl broke the silence, “Why can’t we take care of the baker’s wife?”

Her mother chimed in, “That’s right!  Then the baker could go back to baking us bread.”  In a flash, they were all planning how they could take care of the baker’s wife.  They set up a schedule and everybody started signing up.  They forgot about their differences.  They forgot that they were Tran and Con.  They had one mission, to make the baker’s wife well again.

The baker went back to work again, at 2AM.  That day, he opened the shop and sold out of bread by 10 o’clock.  The next day he baked twice as much and it sold out.  People could not get enough bread.  Some people sat down for dinner and ate nothing but bread.

On Sunday, the churches had their communion services, and from that day on nobody talked about the Tran and Con Theology.  They simply experienced the one body of Joshua.  It was all the same loaf.  The bread united all those who partook that day and made them one body.

Somehow, the baker’s wife had a miraculous recovery.  Her mysterious illness disappeared as quickly as it came.

Who knows, maybe one day, the bread will make them all one with the ‘Great I Am’ within them.  “Thank you, Lord.  It was worth it,” said the baker.

And, perhaps even their leaders will discover that their rational minds have been playing tricks on them.