BREATHE IN THE LOVE-LIGHT 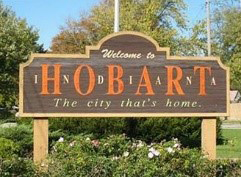 As I started graduate school, Bishop Richard C. Raines appointed me to a small congregation in Hobart, Indiana.  It had only 73 members, was formerly a Swedish speaking congregation, and was experiencing hard times.  They were behind in their mission shares and without leadership for several years.  They could not afford a fulltime pastor.

Bishop Raines knew me, took me under his wing from the time I graduated high school, and I found my Inner Spirit.  His plan was to close this church.  He thought I was the person for the job.  So, he ordered me to put the congregation in order and prepare them to close before the next Annual Conference. 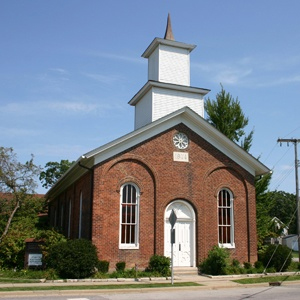 I had mixed emotions on my first Sunday.  The Bishop sent me to do a job, and I planned to do it.  However, there was something about this congregation that seemed to light up my very soul.  It was a burning sensation that set my heart on fire.  At first, I thought I had wicked indigestion.  But then I realized that it was coming from the overwhelming love of the congregation.  This was the Love-light of the ‘Great I Am’ within me and within all the members of this congregation.  It was alive and well to anyone who walked in the door.  Its power was beyond description.  Needless to say, it was all consuming.

During the months that followed, I helped guide the members to put their house in order.  The committees began to meet and function properly for the first time in years.  The people started giving and paid up their mission shares in the first three months.  Seven lay-people expressed the desire to study the scripture and learn how to preach, a tool they thought would be useful in their next church.  I was not the driving force behind this.  I simply showed them how, and they did the rest.  His Love-light within was driving them.

As the Charge Conference approached, everyone busied themselves with the writing of their reports.  They knew this would be their last report for this congregation.  They wanted them to be very special.  They wrote about the joy that this congregation brought into their lives, the success they had during the past year, and their willingness to embrace the will of the ‘Great I Am’ to close the church.  As I read these reports they were more powerful than any of the letters of Paul.  Then I realized, the Love-light of the ‘Great I Am’ was filling these people.

When Eugene Ballsly, the District Superintendent, showed up for the Charge Conference, he was prepared to close the church.  I invited him to be the guest speaker.  During the worship service I could see that Eugene was deeply moved.  The Love-light within was transforming him.  His message was about closing a church, but he kept departing from his text and spoke about new beginnings.  I could tell that what he was saying surprised even him.

At the business meeting that followed, we all sat down to Swedish coffee and homemade Swedish pastries.  As Eugene listened to the reading of each report, I could see the tears well up in his eyes.  When they finished, he began to speak, “I come here to…”  He cleared his throat.  “I come here to…”  The Love-light took his breath away.

There was a long silence.  One of the women handed him a glass of water, and said, “It’s all right Rev. Mr. Ballsly, we understand.  You do what you must do.”  She smiled, and their eyes locked for a moment.

That night Bishop Raines called me.  His anger was obvious as he spoke, “Richard, I thought I could count on you to get Hobart ready to close.  I didn’t ask you to breathe new life into a dying congregation.”

“But Bishop, it is not a dying congregation.  I didn’t do anything.  His Love-light within is driving them.  They are ready to be obedient and close.  Would you like to come next Sunday to preach and close the church?”

As I arrived at the church the next Sunday, I stood staring at the notice board outside the church.  Someone posted, “Guest Pastor, Richard C. Raines.”  I went in to find someone to change it and put his title on it.  When we returned, Bishop Raines was already reading it.  I disappeared into the woodwork.

The church was packed, and the Bishop wore his Bishop’s robes.  We processed in to a lively prelude, but when I reached the front Bishop Raines was not with me.  The people were coming out of their pews to greet him, hug him, and kiss him on the cheek.  I could see the surprise and joy on his face as he was being bathed in the Love-light of His inner Spirit.  The Love-light within transformed him also.

When he took out his sermon, he looked at it and then set it aside.  He began, “I WILL NOT CLOSE THIS CONGREGATION!  You renewed the Love-light within me.  You honor me with the title of Pastor and not the title of my office.  I forgot what it meant to be a Pastor and walk in the love of the flock.  I thank you for that.”  He continued to explain how that congregation was inspiring him and giving him a new vision.  He called them a “house church” much like the small churches formed by the apostles.  In conclusion he turned to me, “You are the luckiest Pastor in my charge.  I would give anything to be the Pastor of this congregation.”

I served Hobart for three more years.  Bishop Raines held up this little congregation as an example for every congregation.  Other pastors visited on their vacations to soak up the Love-light within.  Before I left, the Bishop called me and told me there were over a hundred pastors seeking appointment to that congregation and willing to take the cut in pay.  He read me the short list and asked my advice.

I picked a colleague I knew, William Imler.  He left the ministry because of a bad experience in a church and became an exceptional administrator.  The Bishop appointed him.  Bill breathed in the Love-light of that congregation and it healed him, and he went back into the pastoral ministry, transformed by the Love-light within.

That small congregation still thrives to this day.  They still have seven Certified Lay Speakers, and His Love-light is still strong within everyone, transforming all those who enter their doors.