The Very Right Reverend Patrick is a successful preacher. He is the head pastor in a large church with over 2000 members and a ministerial staff of twelve. His services are broadcast on television. The congregation quietly sits with open Bibles in their laps and pens in hand, as he dynamically interprets the Word. The Membership and Evangelism Team boasts that he saves 22 new souls each week. 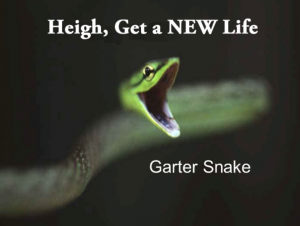 The secret to Reverend Patrick’s success is his hell-fire-and-brimstone message. He focuses on everyone’s sins and works them into a frenzy with threats of hell and damnation. The formula is always the same. His passion grows more urgent as his voice shouts out one passage of scripture after another. In the end he demands repentance and open confession of the congregation’s sin. “If you want a changed life, you must change your ways.” “If you want to be part of Joshua’s inner circle, you must beg for his forgiveness.” The near holy Reverend Patrick or one of his staff is ready to grant you that forgiveness, whoop you on the forehead and knock you to the ground. Then he will pick you up and call you saved.
Last week Reverend Patrick began to have a strange dream. His bedtime routine was the same as usual. He studied the scripture and prayed his usual prayer thanking God that he was not like the great unwashed in the world. He then turned out the light and dozed off immediately. The first night, he saw a baby in a cradle with his mother gently rocking him. In the dream Reverend Patrick stood over the baby and offered several adoring platitudes to the mother. The baby looked into the Reverend’s eyes and said, “You don’t know me?”
At precisely three am, Reverend Patrick woke up in a cold-sweat. The image of the baby was burning in his brain. He tried to go back to sleep, but when he closed his eyes a bright red light kept blinking. He opened his eyes and the room was pitch-black. Several minutes passed and this pattern was repeated three times. The phone rang. Patrick picked it up and said hello several times. All he could hear was the cooing of a baby. Unsettled, he hung up. 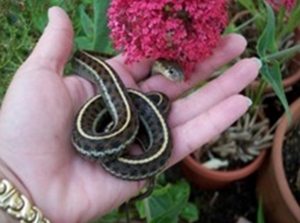 During the day, Reverend Patrick tried to put the dream out of his mind. Just when he felt free from the apparition, he found himself standing in front of the church’s crèche. As he looked at the baby Joshua in the manger, the events of last night flooded back in upon him. He rushed into the chapel to pray, but he felt God was not listening. In actuality, Reverend Patrick talked non-stop; it was he who was not listening.
That night, his bedtime routine was the same. Fortunately, the Reverend fell off into a deep sleep immediately. After a while, he started to dream again. He found himself watching a young boy working with his father in a carpentry shop. The boy stroked the wood with affection, as though it were a living thing. Wondrous images of doves, donkeys and lambs emerged under his hands. The boy looked up into Reverend Patrick’s eyes and said, “Why do you deny my Grace?”
Again, at exactly three am, the Reverend woke up in a cold-sweat. He could not go back to sleep. He took his Bible in hand, closed his eyes, opened to a page and let his finger slide down the page. He opened his eyes and read Ephesians 1:18, “having the eyes of your heart enlightened.” He had read the Ephesian verses a times but never saw that phrase. He thought, “How can my heart have eyes?” He closed the Bible and his eyes and repeated the process. When he opened his eyes, his finger was on the same verse, “having the eyes of your heart enlightened.” 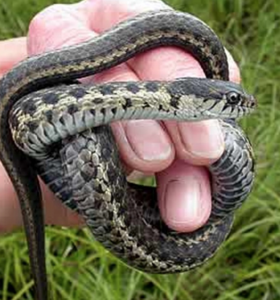 Reverend Patrick went to an ecumenical meeting where the subject of salvation came up and he launched into his typical response about repentance of sin and newness of life.
But someone said, “What about Grace?”
Patrick snapped back, “Only by accepting Joshua are we forgiven.”
“Joshua’s love is unconditional,” the person responded.
Patrick was caught off-guard and simply stared at the person.
Before bedtime, the Reverend stretched out his devotional time. He was afraid to fall asleep. When he dozed off, he tossed and turned for a long time. He began to dream. He was part of an angry mob that was trashing a small Roman Catholic Church, breaking up pews, smashing statues, and breaking windows. Then, he felt something warm drop on his forehead. He wiped it away. He felt it again and looked at his hand. It was read with blood. He looked up. The crucifix was bleeding on him. Joshua looked him in the eye and said, “I forgive you. You know not what you do.”
It was three am when Reverend Patrick jumped out of bed. His pillow and sheets were soaked with perspiration. He sat on the floor in the corner of the room staring into the darkness. He thought, “I’m born-again. He can’t mean me.”
He went out jogging, hoping to clear his mind. A carload of kids drove past him and shouted, “Heigh, Dude, inside out!” He stopped and stared after them. 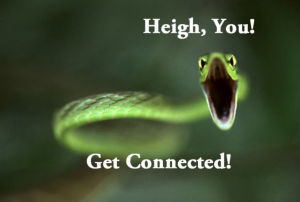 On his way home, he stopped at the church to pick something up. The custodian was finishing his cleaning and said, “You look good inside out, Reverend.”
Reverend Patrick thought, “What is God trying to tell me?”
When he got home, he opened his Bible to look at the Gospel lesson for this Sunday. He thought John the Baptizer was right on, but the last sentence jumped out at him, “His baptism is of the Holy Spirit, which changes you from the inside out.”
Suddenly it hit him, “Oh Lord, I have been working from the outside in!”