LIGHT OUT OF DARKNESS

Making a Spiritual Journey through the darkness of this world is not a simple undertaking. However, finding the Love-light that gives meaning to life makes it worth the effort. To Hoss Proxetter finding his “Great I Am” center was the turning point of his life.
Hoss was only a 12-year-old boy, when he discovered the “I Am” inside him and heard His voice. He said to him, “You are my chosen one. I need a special messenger to the people.” The “I Am” told him where he was to go to school and what he was to study. He said that He would be there for him and guide him along the way. Then He left him to do as He asked, but He left him with a warning to tell no one.

Hoss could not believe what happened to him. The power of that moment was incredible. It was all he could do to keep from shouting it from the rooftops. The “I Am” talked to him. He gave him signs. He revealed to him different aspects of who He is. He said, “In my chosen, there is to be no self, because you are one with me.”
However, Hoss began to see himself as different. He felt important and over the years that followed, he became increasingly filled with himself. This began to build a barrier between him and the “I am.” His meditation became more difficult, with his mind and ego controlling him. Ultimately, this led Hoss into a deep despair with many doubts.
His mind became another voice inside his head, “You may be chosen, but where is the ‘Great I Am’ when you need Him? Why is the ‘Great I Am’ not present?” These questions of doubts were shaking the very center of his being.
Hoss cried out, “Am I alone?” “Where is the ‘Great I Am’?” “Has The ‘Great I Am’ abandoned me?” “Have I done the right thing?” “What have I done, that you have turned from me?”
His mind fired back immediately, “You see there is no answer from the ‘Great I Am’. Trust me I will be your guide.”
Hoss wept. Even though the “I Am” Love-light was blazing within him, Hoss let his mind and ego take control and misdirect him from his “Great I Am” center. His mind even had him using the name God instead of his real name, “I Am.”
While in his third year of graduate school, Hoss’ despair peaked. He passed through the fire. He started to feel that the ‘Great I Am’s apparent abandonment was ironical. It was only a childhood fantasy, which he blew into unreal proportions. Who was he to think that the ‘Great I Am’ would choose him anyway?
Not long after that, he went through the fire again. He began to see the whole event as comical. He was a joke. The ‘Great I Am’ was a joke. His experience was a joke. Life was a joke. He believed and trusted in a childhood fantasy, which made him feel stupid and vulnerable. Nothing had any meaning and life seemed pointless.
This brought him to the fire of death. He went to the schools the “I Am” asked him to attend. He studied the subjects the “I Am” asked him to learn. He was almost done, and there did not seem to be any point to any of it. He hated who he was and planned to destroy himself. 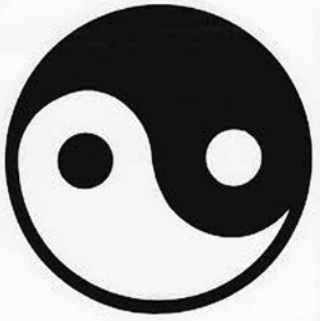 As he knelt down in his small room by his bed, with his hunting knife in front of him, he looked up and cried out. “Oh, Great I Am release me from this life.” His mind was silent. His ego hid from destruction.
At that moment, a tiny speck of light appeared inside him. His inner eye could see it. His body could feel it’s presence. Then the Light moved out in front of him. It began to grow larger and larger. It moved to his right, beside the bed, and began to fill the end of the room. Inside the ball of Light, he could see a figure taking shape. As the figure grew clear, he saw that it was Joshua holding out His arms to him. The figure spoke to him; “You are my chosen one.” Tears were streaming down Hoss’ cheeks.
The Love-light surrounding Joshua, then began to grow brighter and brighter. Soon there was only Light, and the Love-light grew even stronger. It consumed all the furniture in the room, and then consumed the walls, floor and ceiling. It began to consume Hoss. He could see his hands and legs disappear into the Light. In the last instant, he saw himself as a tiny black speck floating within this bedazzling Love-light. Then even the speck disappeared. His soul was on fire. His self, ceased to exist. He became one with the will of the “I Am.” He could feel nothing but Love, see nothing but Light. He was one with the “Great I Am.”
As the Love-light slowly faded, he found himself still kneeling by his bed. The knife was no longer in front of him. In its place was a purple flowering sprig of lavender. Its fragrance filled the room. In that moment, Hoss felt a transformation, for the ‘Great I Am’ was in him, and he knew his mission.
He must help others to find the Love-light within them, and free them from their own darkness.