LOVE-LIGHT PASS IT ON

When we live in the presence of the ‘Great I Am’ within us, we suddenly discover that we are one with everyone else and everything.  That oneness is His Love-light.  See how it works in these 90 second stories. 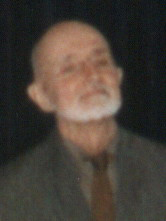 Nedjo’s Gypsy parents abandoned him at age fourteen after he was involved in an accident that left him 90% blind.  This took place in the small town of Konjic in the former Yugoslavia.  By some miracle, he found a hole in the side of an old tool shed.  It gave him shelter and from there he scavenged food from the trashcans.

After many weeks a gardener, who worked for the owners of the house, found him.  He tried to drive him away, but then discovered that Nedjo was blind.  As it turned out the owners of the house were also blind, and the gardener assumed that there must be a relationship.  The gardener took him in to the owners, who were quite elderly.  They took pity on him and gave him a room.  They cared for him as if he were family.  They taught him how to read brail and gave him an education.  Now that was the Love-light, and they passed it on.

Nedjo became an inventor.  Tito’s military stole two of his weapons inventions, so he began to focus on peaceful inventions.  His motto was, “If the ‘Great I Am’ had not invented a rose, I would invent it, because you can’t kill anyone with a rose.”  Many of his inventions were in the electronic area, which brought him in touch with prominent people from all over the world.

During WWII, he worked for the resistance, and helped save several American pilots.  He hid them in his home and smuggled them through the enemy lines in his junk cart.  That was the Love-light, and he passed it on.

Two boys from Konjic, Jusuf and Vladimir, were best friends and very close to Nedjo.  When the Bosnian war separated them, he was the one who worked tirelessly to see that they could come back together again.  It took three years and constant vigilance, but the boys were ultimately reunited.  That was Love-light, and he was passing it on. 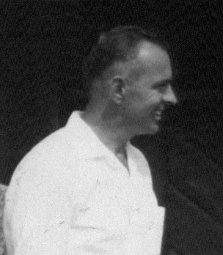 Dan owned a small dairy company in North-Eastern Indiana.  It was a Ma and Pa operation, which required both him and his wife to work long hours.  Dan was on the road by 6AM every morning to pick up the milk.  When he returned to the processing plant, his wife, Joan, took over and put up the milk.  Meanwhile, Dan did the paper work.  When the milk was bottled, Dan delivered to those on his costumer list.

Although they had many customers who wanted milk, Dan was not able to pick up enough milk to fill the orders.  Most of the farmers were contracting their milk to the large dairy conglomerate.  Consequently, Dan and Joan were operating very near bankruptcy.

One morning Dan was making his usual pick-ups.  The truck was half-full, and he was on his way back to the plant.  He saw an Amish wagon turned over in the ditch.  He pulled up and got out to see what the problem was.  The Amish kept to themselves and the rest of the folk in the county just left them alone.  The horse was lying on his side trembling.  The old Amish man, who was driving, lay pinned under the wagon.  He was motionless.

Dan could see that his head hit a rock.  They were a mile from the nearest farm and a half hour from town.  He had to do this himself.  Dan lifted the wagon off him and propped it up with the broken axel.  He dragged the man free and put him in the milk truck.  He drove the half hour into town and took him to the clinic.  He waited until the Amish man came around, and he knew he would be all right.  The Amish man asked him to look after his horse, so Dan picked up the vet and drove out to the wreck.  Unfortunately, they couldn’t do anything for the horse, so the vet put him down.  That was the Love-light, and he passed it on.

By the time Dan got to the plant, the milk was spoiled.  They not only had to dump the milk, they had to pay for it as well.  Bankruptcy looked eminent by the end of the month.

The next morning Dan started his rounds, with the realization that he and his business were a failure.  To his surprise as he passed the first Amish farm, the farmer was at the road and waved him down.  He thanked him for what he did for Brother Amos and told him he would be happy to sell him his milk.  That day the Amish farmers in the county contracted to sell Dan their milk.  Dan made eight trips to collect it all.  To this day his is the most prosperous small dairy in Indiana.  That was the Love-light, and they were passing it on. 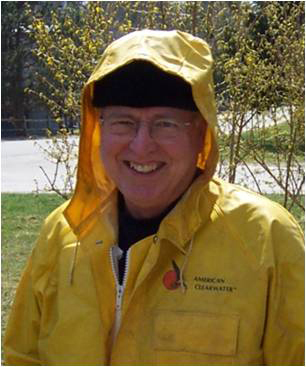 Boston Freight Terminal. Last Friday, he looked out the window and saw a forklift from the terminal load a large pallet onto a small pickup truck.  A large armoire was loose and precariously balanced on the pallet.

One of the truck drivers from the fish plant walked over and said, “I would break that pallet down and reload it, if I were you.  Believe me, I know, it’s gonna tip over on the first bump.”  The gray bearded guy and his young blond wife took the warning and started to break down the pallet.  The truck driver drove off.

As soon as they cut the plastic free, the armoire began to fall over.  The young wife grabbed hold of it from the truck.  The gray bearded guy ran to prop it up from the ground.  Now what?  Steve ran out of the plant and offered his help.  They got the forklift to come back and lift it off the truck.

The others from the plant, who were watching from across the street, came to help.  Steve said to them, “And you thought I was only a fisherman!”  Together they managed to break down the pallet.  They helped lay the large armoire into the bed of the truck and loaded the heavy pieces.

Soon the truck was safely loaded and tied down.  The gray bearded guy and his young wife drove off feeling completely secure and well cared for.  Steve and his co-workers went back into the plant to continue working.    Steve told the others, “He’s some kind a meditation leader from New Hampshire.”  That was the Love-light, and they were passing it on.

We are all in this life together, and we need each other.  It’s so simple.  All we need to do is find the ‘Great I Am’s Love-light which is within us all and pass it on.