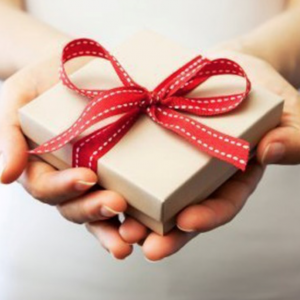 Operation Santa Claus was the brainchild of my older brother, Ed, when he was sixteen. He went to the welfare office and got the names of three families and a list of their children. The smallest family had six children. In September, he got the youth group in Cascade, Michigan to start collecting used toys, used clothes, and food. We met after school twice a week and on Sunday evenings to work on this project.
The games that came in with missing pieces, we made complete with pieces from another game, or we handmade new pieces. We repaired and painted broken toys. We washed, mended and ironed the clothes. When we finished everything looked new again.
Every Sunday we took a special collection to buy supplies and put aside money to buy a ham for each family.
As the weeks passed, the church began to feel like Santa Claus Central. More and more kids came to participate. We felt like Santa’s helpers and the Christmas spirit started to build two months before Thanksgiving. Some of the parents set up shelves in the basement of the church to store the growing number of toys, clothes, and food. As each month passed, we even had to put up shelves in the back of the sanctuary.
By the time Thanksgiving rolled around, it was obvious we had more than we could give to these three families. So, Ed went back to the welfare office and got the names of two more families. 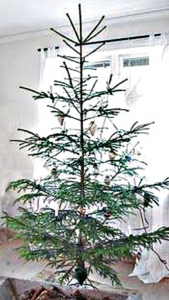 The last three weeks were spent wrapping and labeling the packages. Each child wouldreceive seven toys, five clothing gifts, and a stocking full of candy. Each parent would receive three clothing gifts, and three gifts for their home. The day before Christmas Eve, all was ready. There were three giant washing machine boxes for every family, four large bags of groceries, and a large Christmas ham.
On Christmas Eve, at 10 pm, the youth group met and organized into five teams. We loaded up the boxes and set out to play Santa Claus.
My brothers and I were on the same team with three of our friends. The family we drew was about a twenty-minute drive from the church. The van was buzzing with excitement until we turned onto the street where “our” family lived. Then we were all dumbstruck by the poverty in their neighborhood. The houses were all old and run down. None of us had ever seen anything like this. We were stone silent when we pulled up in front of the house.
In silence we unloaded our boxes and carried them up onto the front porch. As I set down my end, I looked in the window where I saw a small, scrawny Christmas tree decorated with a few paper decorations and a string of popcorn for garland. The father was sitting on the floor polishing his children’s shoes. The realization hit me that this was the only gift he could afford to give them. My brother pushed the doorbell, and we all ran. We piled into the van and took off. 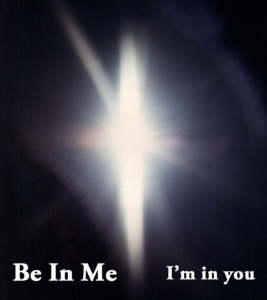 No one said a word until we were almost home. Finally, the silence exploded with a barrage of questions. “Did we take them enough gifts?” “Would there be enough food?” “How do people get so poor?” “What kind of Christmas are the other poor families going to have?” There were no answers, only questions.
The next morning, we had our usual family Christmas. This started with a delicious breakfast and ended with the opening of the many presents. However, everything was different. We couldn’t stop talking about the poor families. My younger brother, Bill, was concerned that they didn’t find the boxes on the front porch. He tried to convince Ed we should go check. He was relentless all day. Finally, Ed got Dad to loan us the car to drive over and make sure they had in fact, received our packages.
It was about three pm when we pulled onto the street and stopped about fifty yards from the house. The boxes were not only gone, but there was a crowd of people packed into the tiny, old house. We could see footprints in the newly fallen snow coming from every house in the neighborhood. Some folks were standing on the porch holding plates of ham, sweet potatoes, and all the trimmings from the Christmas feast that we left.
This family had nothing, but the little they had received from us. Yet, they shared it with everyone else in the neighborhood. That is truly the miracle of the Christmas spirit.