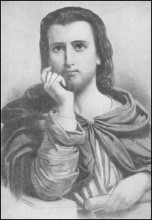 Pierre Abélard was a French scholar and monk, who lived at the turn of the eleventh and twelfth centuries.  He is better known for his love affair with Heloïse than for his Spiritual teachings.  However, he was one of the most prominent supporters of his time to discover the presence of the “Divine Light in our Inner Being.”  What we know today as the Love-light of the ‘Great I Am’ within us.

For months, he guided a young pupil, Emil, on the subject of passion and compassion.  They explored its meaning from every possible angle, but Abélard could not bring his pupil to experience the power of these two actions in his Spiritual Center.  All his efforts failed to drive home the fact that these emotions were the key to unlocking the Love-light that is within us; to freely give one’s life for the love of others, to love the stranger and the poor, to forgive an enemy and love those who persecute you, and to die for someone else’s sins.  Emil could only see them as abstract concepts in his rational thoughts. 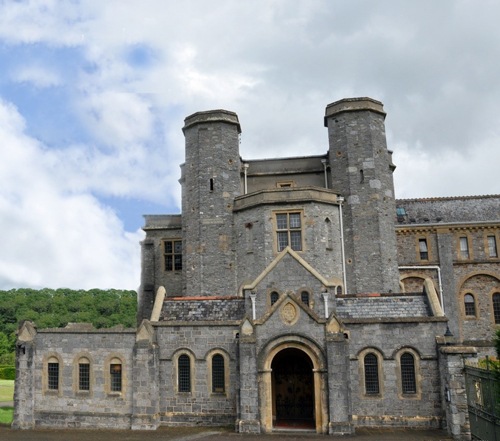 In desperation and sensing a way to bring Emil to a point of revelation, he decided to break him down with humility and obedience.  After all these were the two qualities present in Joshua’s passion and compassion.  They worked for him.  Perhaps they would work for Emil.  If only Emil could humble himself.  If only he could learn to be obedient.  Then he could feel and experience the acts of passion and compassion in his Inner Being.

Unfortunately, Emil’s will was an unmovable redwood.  His pride would not let him bend, or bow down, or connect to the ‘Great I Am’ within or to receive His Love-light.  When Abélard instructed him to open his heart and pick up a poor beggar child, to feed her, comfort her, and show his compassion, he would seek countless alternatives rather than be obedient.  He would pretend not to see her.  He would curse her parents for not taking care of her.  He would shove a copper coin in her dirty little hand and walk on as though he did something wonderful.  No matter how hard Abélard tried, he could not make him bend in humility.

One day after an exhausting session, Abélard threw up his hands in frustration, dismissed Emil, and canceled his teaching contract.  Abélard left the hall and went to his cell in the basement.  For weeks, he poured over his studies, but he could not keep Emil out of his meditation.  Then an inner voice came out of the Love-light within him, “In a way, he is humbling you and teaching you to have compassion for him.”

Finally, one night, Emil decided that he had to go to Abélard and tell him what he thought of what he was doing.  He thought, “After all, my teacher is being childish.  My father paid for these lessons, and, come hell or high water, I will have them.  Why can’t this learned scholar see what a prize pupil I am?  One day I shall be Cardinal, and he can kiss my… ring.”

He took a narrow spiral stone staircase to the basement.  At the bottom, he turned to look down the long-blackened hallway.  He could see Abélard bent over his desk, his head silhouetted in the candlelight.  “Abélard,” he shouted.  “I come to talk to you.”  He started to stride down the dark passageway.

Abélard looked up recognizing his voice and hearing his steps.  A panic came over him.  He shouted, “Stoop!”

Emil snapped back, “I do not stoop for any man.”  He straightened his back and held his head high.  He quickened his stride with confidence.

“For the Love of the ‘Great I Am,’ Stoop!”  Abélard yelled in a commanding voice.

“I do not need to stoop to receive the love of the ‘Great I Am’.  I have that in Joshua.”  Emil recited.  He cocked his head back and put a swagger in his walk.

“For the Love of Joshua then, STOOP!  You foolish …” Abélard held his breath.

Emil put power into his stride, “So you say!  But who are you to…”

Abélard cringed, and then he heard it, a loud echoing — DUNK.  Emil’s head hit a low archway, and he fell to the stone floor unconscious.  When he awoke from some very provocative dreams, he was in the infirmary.  Abélard was on his knees by his side.

Moved by the visions of his dreams, Emil repented to Abélard.  “I was arrogant and proud and the ‘Great I Am’ struck me down with his own hand.  Twice you offered me his love, and twice I refused it.  Then out of the heavens, he slew me on the forehead.  Did it leave a mark?”

Abélard could barely contain himself, “Yes, and it will probably leave you marked for the rest of your life.”

“I will wear it as a badge, a reminder that I should humble myself before the ‘Great I Am’ and be obedient to my teacher.”  Emil’s words were sincere.

Abélard never did tell him what happened.  The monks all enjoyed the story that Emil created.  It was a real conversion starter.  He took the first step on his Spiritual journey of passion and compassion and connected.  After all, who is to say that it wasn’t the hand of the ‘Great I Am’?