I have always said that there is no such thing as an Atheist.  There are only those people who have not found their “Great I Am” center.

Grace is in her third marriage, and she has a boy age ten.  She has a very successful career with an international organization. She is very intelligent and deeply spiritual.

Her husband is an Atheist, who has psychopathic tendencies. He manipulates the definition of right and wrong to suit his own desires and purpose. Many years ago, Grace saw the ‘Great I Am’ while meditating in her room. He took her on a journey in the vast spirit world.  She met her twin spirit, whom she was with before she took on human form. The love and bond she experienced with this spirit blew her mind.  Joy swelled up inside her.  Then The ‘Great I Am’ introduced her to Joshua, and she experienced his overwhelming love and understanding for the human struggle with mind and ego.  She saw many other sides of the ‘Great I Am’, some of which are not yet known.  The ‘Great I am’ explained to her, “You are my chosen.”

The ‘Great I Am’ showed her that he was about to do a wonderful thing that would change life on Earth.  It would help people to more easily find Him within their centers.  He showed her how it would happen and what it would be like after it happened.  She saw every detail and every moment.  This event would mark the dawning of a new age.  The ‘Great I Am’ explained that she was to be his messenger and prepare the people for this event.  He showed her exactly what to do, and how to do it.  He wanted all peoples to be prepared.  Grace accepted this responsibility, because “seeing is believing.”  Finally, the ‘Great I Am’ returned her to her room.

The next day Grace was full of apprehension.  What would people think if she told them that she saw the ‘Great I Am’?  How were people going to react when they learned that a wonderful event was about to happen?  She began to get cold feet.  She felt that she couldn’t just go public.  Yet, she had to talk to someone.  So, she decided to talk to her husband, because this was going to affect him and their son.  They had to sell off all the property they owned.

When he heard her incredible story, he told her she was crazy. 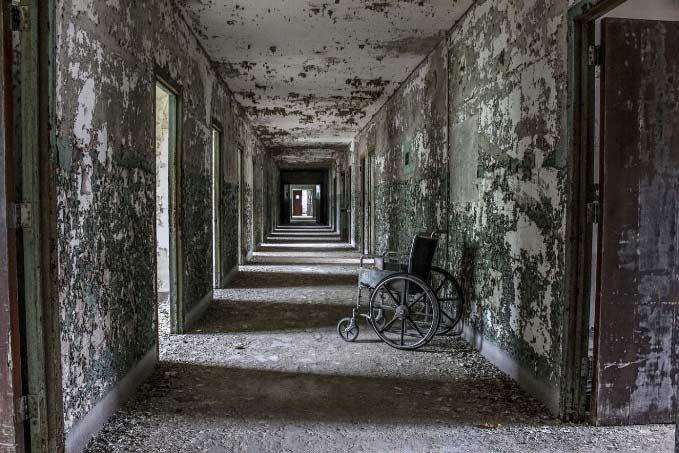 Before the day was out, he had her committed to a mental hospital, which her insurance covered.  When she met the doctor, she told him nothing.  However, based on what her husband told him, he found her delusional.  He put her under heavy sedation and locked her away.  But the medication had the opposite effect on her.  Instead of it calming her down, it made her hyper, anxious, and extremely jittery.  It never occurred to the doctor that he was treating a normal person.  Grace tried to fight the effects of the drugs, telling the doctor that she was normal.  He didn’t listen.  She finally convinced the doctor to let her talk to her brother.

“My brother is a medical doctor, and he knows me,” she said.  She thought for sure that he would attest to her sanity.  To her surprise, her husband had already told him the story.  He too was convinced that she was delusional, without even talking to her.  As it turned out, he was the co-signer on her admission form.  During the telephone conversation, her brother tried to convince her that she was where she needed to be.  He told her to follow her psychiatrist’s treatment.  After the call, she felt alone, abandoned, and helpless.

Months passed, and she began to ask that the ‘Great I Am’ would let her die.  She felt that she failed the ‘Great I Am’.  There was no way that anyone would listen to her now.  The love of the ‘Great I Am’ poured back into her, but he would not let her quit.  He promised to show her a way.

Her husband, meanwhile, seized control of their estate, including all lands, cars and other properties.  He created a distorted version of the story for his son, replacing the ‘Great I Am’ in the story with Satan.  Her son ended up not wanting to have anything to do with her.

Then one day the hospital took a busload of patents on a trip to the park.  Grace was under heavy medication, but they allowed her to go.  When the bus arrived at the park, Grace was deep in sleep.  The attendants tried to wake her up, but they could not rouse her.  After many attempts, they left her on the bus to sleep it off.  Some time after they left, Grace woke up and her mind was clear and focused.  She looked about and realized that she was all alone.  Without hesitation, she slipped off the bus and ran.

She was running for hours, before she stopped to call a friend.  Nina had no idea what became of her and was ecstatic to hear from her.  Grace found a safe place to hole up until Nina could come and pick her up.  It seemed like it took forever, and Grace began to question if she could trust her.  What was she going to tell her?  When Nina pulled up there was someone else in the car.  She almost panicked, but then saw that it was Nina’s husband, who was a lawyer.  Nina went to collect him in case she was going to need representation.

Back at their house and many cups of coffee later, Grace was finally able to talk to them.  She started cautiously as she told them what her husband did to her.  When it got down to the story of the ‘Great I Am’s visitation and her mission, she hesitated.  The visitation became a vision.  Her mission became “something important that the ‘Great I Am’ wanted me to do.”  She was reluctant to go into any more details.

Over the next few days, 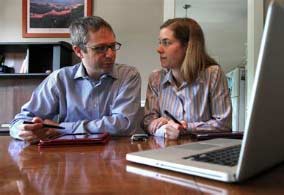 the lawyer filed charges against the doctor, the hospital, her husband, and her brother. Fortunately, the law considers people who believe in the ‘Great I Am’ as legally sane.  Her brother was the first to cave in, and the others had no authority without him.  However, she refused to sign any legal action against them.  Grace was free.  At least she was free from the nightmare she went through.  She thought that was all that mattered.  However, was she really free?

Grace never did tell her story to the world.  The world has no idea how close this wonderful event may be.  She lives her life in constant regret over her failure.  She knows that the ‘Great I Am’ forgives her, and that He will find another messenger.  Grace told Nina, “The event is closer than we think.”