The group grew, and the people listened to the Inner voice.  They all wanted to do more.  They wanted to embrace the present and heal a piece of our sick society.  They centered their bodies, they meditated, and they shared the power of the ‘Great I am’ within.

Then at one meeting, the leader opened with the story of a battered woman.  They centered their bodies, they meditated, and they shared the unity of His inner voice.  They all got the same message; build a home for battered women.  But how could they do this, they were all poor.  They centered, they meditated, and they listened to the voice within.  The joy of their project filled them with hope.   Soon they had enough money for a building or a plot of land, but not for both. 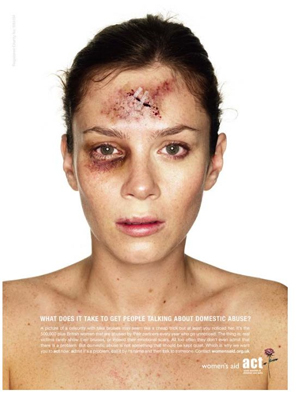 They centered, they meditated, and they listened to His voice within.  Then a small frail old woman appeared in the group, wearing a tattered dress that was many years out of fashion, stockings with many runs in them, and worn out slippers.  She wanted to start a Spiritual Journey; so, they scooped her up into their love and joy carrying her with them in their meditation and celebration of the ‘Great I Am’ within.  The woman left, feeling that at last she had found the ‘Great I Am’ in her center.

The next Friday she died.  She had no family and no money.  Her lawyer, a longtime friend, arranged for her funeral and called a member of the meditation group to lead the service a week from Saturday.  That Saturday the leader told the group about the woman.  Some remembered her and gave testimony to her loving spirit.  When the leader told the group that she died penniless, a member moved to take some money from their capital fund drive to give her a proper burial.

They centered, they meditated, and they listened to His voice within.  With love and compassion, they voted to pay for her funeral.  On Saturday, everyone showed up.  They lifted up her immortal essence of being in the ‘Great I Am’ and laid her remains to rest in a plot they purchased.

The following Saturday the woman’s lawyer showed up at the meditation group.  They centered, they meditated, and they listened to His voice within.  After their discussion, when they started to discuss the home for battered women, the attorney presented them with a deed to twenty acres of land.  The woman was penniless, but she did own this land, which she bequeathed to the meditation group that helped her find the ‘Great I Am’ within.

The group could now build the home for battered women.  The land, beautifully situated on a river, had a half acre of flat land and a mountain behind it.  They got the building permits and started construction.  The excitement of with the ‘Great I Am’ was setting them on fire.  Then the town selectmen ruled, that according to town building codes, they had to have a parking lot three times larger than they planned for the home.  The work came to a halt.  There was no way around the restriction.

That Saturday they held their meeting on the job site.  The people stood there staring at the mountain.  It stood right in the middle of where the parking lot should be located.  A feeling of hopelessness began to creep over the people.  The construction was tying up all their money.  They borrowed all that they could.  They had little chance of raising any more money.  They centered, they meditated, and they listened to His voice within.   They united their Spirits.  They united their love.  They agreed to move the mountain one stone at a time until they finished the job.

For weeks, they worked, barely making a dent in the mountain.  Meanwhile the construction work laid idle, and the contractors were threatening to abandon the project.  They needed to go on to other work.  The people were doing all they could do.

One Monday the leader of the group got a phone call from a developer building a shopping mall.  He said, “I have the need of some land fill, and I understand that you want to get rid of the mountain behind your building site.”

The Leader responded, “That’s nice but we have a time constraint.”

“So, do I,” said the developer.  “We can start tomorrow, and have it moved by the end of the week, if you don’t mind us working around the clock.”

“But what would we be left with when you are done?” asked the Leader cautiously.

“If you give us the fill, we will grade the site and put in a first-class blacktop parking lot before the opening of your home.  We will even put back the topsoil and landscape everything that doesn’t get macadam.  I can have a contract at the site by six AM tomorrow morning.”  There was a pause after the developer finished.

The Leader could hardly speak, “Give me your phone number.  I’ll call you back in twenty minutes.  I need to check with the other Members.” 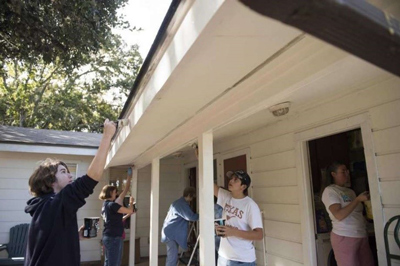 Three members met the developer the next morning to sign the contract.  By Saturday, they held their meeting at the sight again.  The mountain was gone.

This is the only way the world can change.