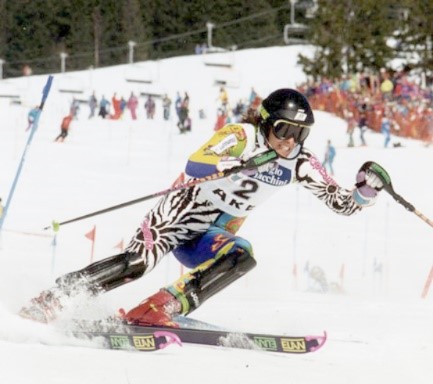 Tomas Fogdö is from northern Sweden.  Before he learned to walk, his father stood him on his skis and held him close to his legs.  He then skied down gentle slopes around their home.  The baby Tomas loved it.  Whenever his father took out his skis, he wanted to go too.  By the time he was five-years old, he had his own skis and could use them like an extension of his little body.  In the North of Sweden, he skied to the market for his mom; he skied to school; he skied for transportation.  In his early teens, he already showed signs of becoming a world champion downhill skier. 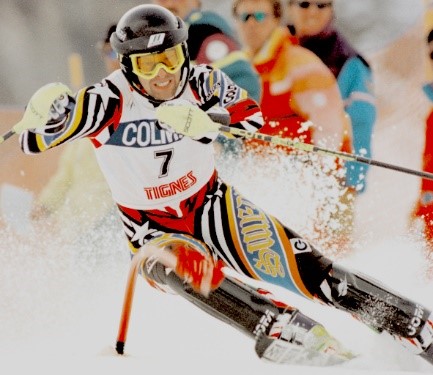 In High School, he won his first medals in a downhill skiing competition.  He began to train constantly.  He drove his body hard, striving for greater and greater excellence.  His coaches sensed his ability and drove him even harder.  He won meet after meet and trophies began to line the walls of his room.  However, something was missing.  The victories were not enough.  He wanted to feel wholeness in his life.

As he sat in his room looking at the glitter on the wall, he began to wonder what it was all for.  His mother often commented that it took an hour to dust his trophy shelf.  All that work for just a shiny trinket that collected dust and tarnished with age.  There had to be more to life.  He wanted to feel that his life meant something. 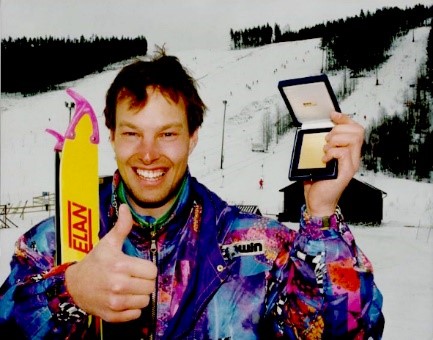 But his father and trainers drove him on to realize his potential.  Finally, the training paid off when he won a place on the Swedish Winter Olympic Team.  The excitement filled him.  He drove himself beyond physical endurance.  The cheering of the crowd was intoxicating.  Everyone looked up to him.  Reporters mobbed him.  And he won medal after medal, bringing great glory to his country.  But in the stillness of his room at night, he was alone with only his aches and pains for company.  The victories did not bring wholeness either in body or spirit.

So, Tomas began to search for wholeness.  At the end of the day, he wanted to know that his life made a difference.  At his insistence, his manager set up some benefit promotional engagements.  However, they turned out to be nothing more than glorified events to promote him personally.  He found it impossible to explain to his manager the meaning of wholeness.  It wasn’t about making money or being famous.  It was about having a purpose.

After the games, Tomas turned pro, and his winning streak continued.  His manager knew how to deal with this side of his career and promoted him as the world’s greatest downhill skier.  The money and endorsements poured in.  By all other worldly standards, he was mega-successful.  But his life still felt shallow.

The wholeness that Tomas searched for, still eluded him. 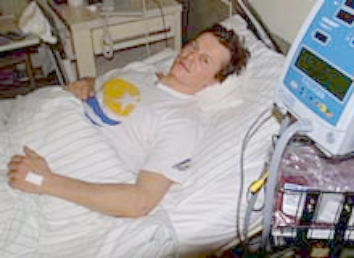 Then one day while practicing, a terrible thing happened.  The snow conditions were poor.  Yet Tomas was determined to push the limit and improve his time no matter what the conditions.  He went into a sharp turn and suddenly his inside ski hit some hard ice.  His skis crossed and flipped him into the air.  He saw the sky, the snow, the sky again, and then the rock.  His body came down hard, with his back crushing into the rock.  He heard the snap and felt an explosion of pain.  Then he felt nothing. 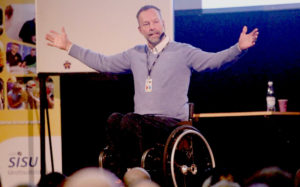 He was paralyzed from the waist down.  Tomas’ skiing career was over.  Instead of going into a depression, he discovered that he had spent a lifetime preparing for the wrong race.  That day he found wholeness in his life.  He found the ‘Great I am’s Love-light inside himself. 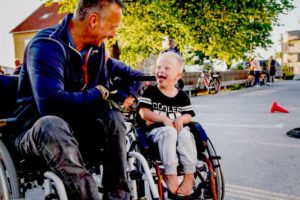 The ‘Great I Am’ did not heal his paralysis.  He healed his spirit.  He gave him a new look at life, and it was more beautiful than before.  His body may be broken, and his life confined to a wheelchair, but the ‘Great I Am’s Love-light gave him wholeness.  For the first time in his life, he considered himself a winner.

He began to talk to schools about his experience.  He talked about positive thinking, meditation, and personal wholeness.  He went on to lecture around the world, praising the ‘Great I Am’ for his wheels of joy (his wheelchair) and the unexpected healing of his Inner Spirit.  He has touched more lives and brought more hope to people since his accident than he did as a champion. 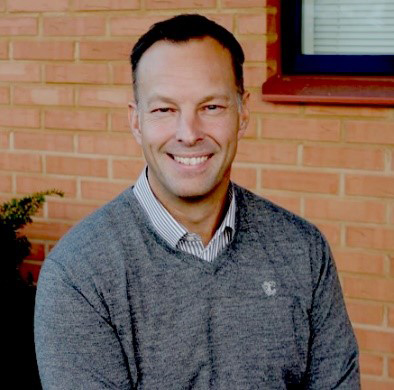 This picture was taken 19 days ago.