John was a dialogue writer for a prominent Soap Opera.  Every week he cranked out a well-crafted episode.  He devoted time to his family, meditated every morning, and participated in a major social activist group.  In the midst of his busy life, he began to sense that his ‘Great I am’ center was trying to tell him something.  Unfortunately, his life was so full of activity that he was not listening to or hearing what the message was the ‘Great I am’ was sending.  That is when he decided to simplify his life.

John and his family moved to a less expensive suburb outside of the city and unloaded a lot of material possessions and toys that were not necessary in their lives.  He turned down an offer from the head writer and producer to write back-to-back episodes each week at more than double his salary.  He began to study Patanjali’s YOGA SUTRAS and started to improve his meditation.  Each day he took time for a quiet meditation and reflection.  A transformation began to take place in John’s life.  He became closer to his family, more productive in his work, and most importantly he began to listen and hear the voice within him. 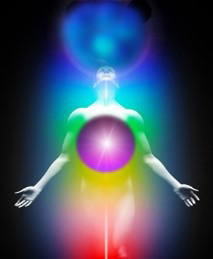 The ‘Great I am’ began to give John visions about things he should be doing.  In one vision he saw himself with his social activist group working on the banks of a raging river.  They gathered at the river to rescue people swept away in its torrents.  There were people of color, poor people, children, the outcasts of society.  The rescuers threw them lifelines or launched boats into the raging water.  They did everything humanly possible to save everyone in need of help.

A young black boy driven by the current managed to grab hold of a low tree branch that jutted out over the river’s edge.  He was much too far out for anyone to reach, and he could not let go to grab the lifeline.  It looked hopeless.

John tied the lifeline around his waist and waded into the river.  He inched along the tree branch toward the boy.  The further out he got the stronger the current became.  He didn’t think about his own life but focused on the boy.  Soon he could see the fear in the boy’s eyes.  He talked to him and reassured him that he was going to rescue him.  When he reached the boy, he took him in his arms, and those on the bank pulled them in.  Everyone embraced in the victory of the moment.

Then John noticed that the raging current was sweeping other people down the river.  They were coming in large bunches now.  The rescuers worked frantically, but many were lost and only a few saved.  Tears rolled down John’s cheeks and mixed with the perspiration from his forehead.  This was a major disaster.  “Oh, Lord help…”

Before John could finish his prayer, he came out of the vision.  His eyes burned from the perspiration of his brow.  It hurt to open them.  That is when he heard his Inner voice, “Find the source.”  John did not understand and shook his head.  “John, you must find the source, if you are to save them.”  The words were clear, but the meaning was not.

John finally interpreted that the ‘Great I am’ wanted him to go up stream.  In the vision that followed John led his social activist group up the river.  They came upon a strange city were people wore grotesque masks.  At first the city looked normal enough, but his group started to examine what the people were doing.

A wealthy society woman owned a block of tenement houses.  She charged an outrageous rent and spent little to improve the slum conditions.  When tenants could not pay the rent, she had them hauled off and thrown into the river.

A prominent religious leader proclaimed, “All Islamic believers are terrorists!”  The social activists looked on as a team of FBI agents broke down the apartment door to an Iraqi family.  The father and older son were sent to prison without trial.  The rest of the family was thrown into the river. 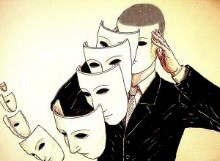