Long ago, a prosperous meditation group celebrated the glory of the ‘Great I am’ within.  The Leader helped the people to connect to Him.  The Love-light moved within them and filled their hearts.  They sang together.  They listened to Him together.  They loved one another.  People enjoyed meditating together, and they rejoiced, without the rational mind and ego interfering.

Then one day the church held a spaghetti supper.  Weeks of preparation went into planning the supper and advertising the event.  The Master sauce maker bought all the ingredients for the sauce.  The salad chef prepared to do the salad.  The people were baking the pies and cakes for days. 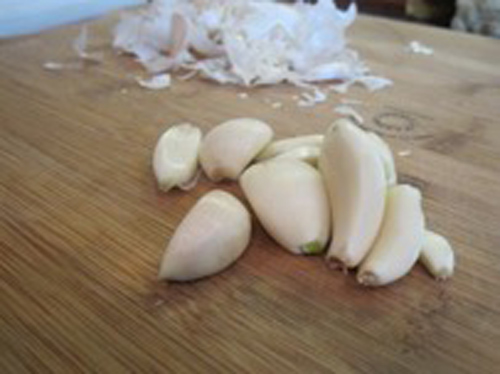 Early on the morning of the supper, the Master sauce maker arrived with his team of twelve to start preparing the sauce.  In short order, they were peeling and chopping.  The Leader arrived with his apron and chef hat to peel the garlic.  He carefully cut off the bud end and then peeled back the outer layer with a knife.  As he peeled, he idealized the essence of the garlic.  The process took time, but the garlic was being peeled. 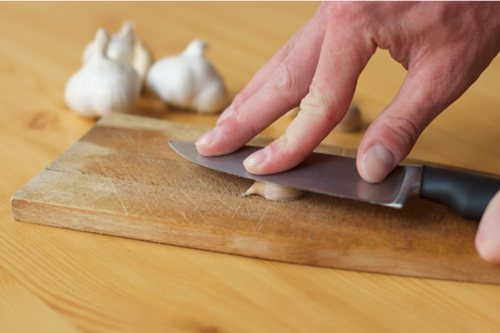 The Master sauce maker stepped in to show the Leader a better way.  He took a garlic clove, cut off the stem end, and then crushed it with the flat side of the knife.  When he picked up the garlic, the skin fell off between his thumb and fingers.  It was simple and fast.  However, the Leader thought it was excessively violent and disrespectful to the garlic.

The Leader explained that his method was respectful of one of the ‘Great I am’s creations and brought a loving touch to the sauce.  He criticized the Master sauce maker of brutally attacking the garlic and releasing a negative energy into the sauce. 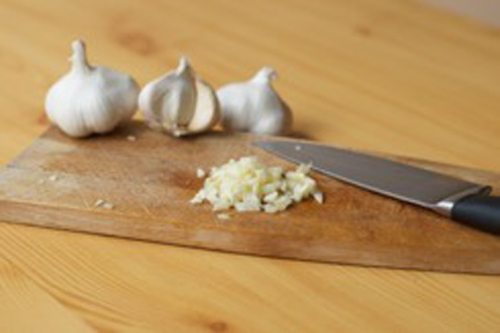 The Master sauce maker explained that crushing the garlic clove, released the juices to blend with the flavor buds, thus improving the taste of the sauce.  He was lovingly helping the garlic fulfill its purpose.  He criticized the Leader of personifying the garlic and making the process tedious and cumbersome.

As the years past the Leader and the Master sauce maker died, as did most of the original Bud-Endians and Stem-Endians.  However, the debate continued.  Only now, it was no longer about garlic.  In fact, they really did not know what the debate was about any more.  They only knew that they were different.  If you were a fly on the wall, you would see that some of the Bud-Endians were stem-ending their garlic, and some of the Stem-Endians were bud-ending their garlic. 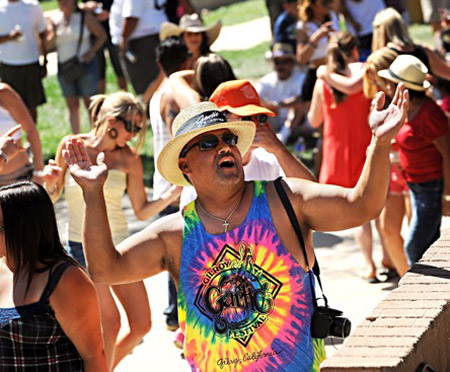 Then one day the youth groups in both groups were connecting to the Love-light of the ‘Great I am’ within and decided to have a joint dance.  Fortunately, there was no spaghetti served.  They were uncomfortable when the evening began.  The people stood on opposite sides of the room.  They danced only with their own kind.  However, the Love-light in them was at work, and they began to notice that they were all doing the dance in the same way.  Next, they did a conga line dance.

The two sides started out in two separate conga lines.  The Love-light started blocking out their rational minds and egos, and again they saw that they were doing the same step.  The power of the ‘Great I am’ took over.  Soon they were stepping together and clapping together.  Before long, the two conga lines joined into one.  A joy began to fill the hall.  They laughed together.  They mingled.  They discovered that they liked each other.  They realized they were all connected to the same ‘Great I am’ within.  They could not see any differences between each other.  This unifying dance became a celebration of a Love-light lost many years ago.

It was the beginning of many programs together.  They even mingled with each other’s meditation groups and the Love-light of the ‘Great I am’ moved within them.  They began to plan an international rally to celebrate their oneness within the ‘Great I am.’  They hoped they would soon be 1% of the people.

Who knows?  Maybe one day they may even be able to have a spaghetti supper together.