Jake grew up in a small town in Southern Indiana. He hung out with six other boys his own age. They did everything together. They were on the same football team and baseball team. They went through scouts together. They belonged to the same synagogue. They were tighter with each other than they were with their brothers and sisters.

When they were younger, one of their favorite games was “Follow the Leader.” Jake never liked being the leader. He could never think of exciting creative things like some of his buddies. One of his favorites was walking a mile on an old railroad track without falling off. Another was riding their bicycles on the solid white line on the side of the road without letting their wheels slide off. They once did this from Connersville to Richmond and back. Jake was content to just follow the leader.

After High School, Jake and his buddies enlisted in the Marines.

They went through boot camp together and ended up in the same platoon. Two of his buddies had a difficult time learning to follow, but for Jake it was a piece of cake. He really liked the military.

Then they shipped off to Vietnam. One of his buddies ended up as a corporal and another platoon leader. The war was nasty business, but Jake saw it as an extension of their “Follow the Leader” game. He followed his orders, doing his job to the best of his ability. He tried not to question his orders. No matter how tough it got, he was determined to see the game through until the end. Unfortunately, he saw three of his buddies killed, and the Vietcong captured him and the rest of the platoon.

At first, their lives took on a horror of monumental proportions. The Vietcong confined them in a bamboo cage, which reminded Jake of the cages they keep dogs in at the pet store. The cage functioned in exactly the same way, suspended several feet off the ground. Their food consisted of a little bit of cooked rice. The water was putrid and unpurified. However, the worst thing was the torment from the villagers, who treated them as sub-human.

After several weeks, the villagers let them out to work in the rice paddies. Again, it was easier for Jake to adapt than it was for the others. When they complained about the treatment and refused to work, they were severely beaten and thrown back in the cage. Jake simply continued to play “Follow the Leader.” The leadership may have changed, but the game was still the same. After more than a year and three escape attempts, one of his buddies was shot and killed. His other buddy, the corporal, was slowly going mad. He no longer could utter a coherent sentence. He became the untamed animal that the villagers could punish and torment.

Jake did what they told him to and began to learn the language. He also started to learn about the Vietnamese culture. He observed that their religion, Buddhism, was interwoven with the culture. 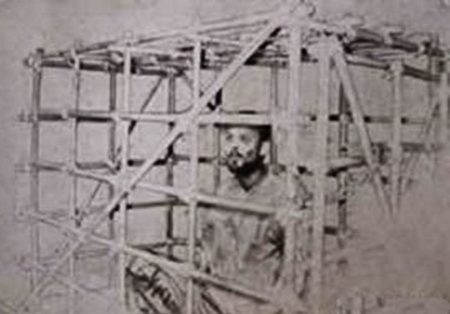 In this Buddhist environment, Jake began to rediscover, what Yahweh meant in the scriptures. Bits and pieces started to come back to him, some were from his Catholic grandmother and others were from his Jewish father. “Don’t run from suffering; embrace it.” “Self-sacrifice is the way, my way, to saving yourself, your true self.” “I’m in you.” “In your Inner Being, I Am.” Jake’s life was nothing but pain and suffering, so why not turn to a spiritual life and focus on the Living Spirit within. The next thing Jake knew, he was following his Inner Spirit, and his life started to change.

As the years passed, the villagers began to trust Jake. They treated him more and more like an equal. They offered him a hut to live in, but he chose the cage. Three other prisoners became sick and died, including his last buddy. Jake focused on their resurrection into a spiritual life with the ‘Great I Am’, and planned an elaborate send off for them, which was part Viking, part American Indian, and part Jewish. The villagers, captivated by the ritual, saw many parallels to their own. They began to see Jake as a person connected to the spiritual path. 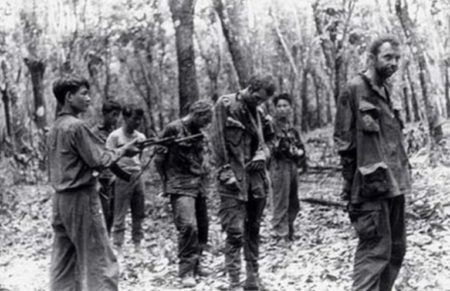 The six surviving prisoners began to follow Jake. He seemed to know where he was going. They worked without grumbling. They accepted the hardships and discomfort. They began to walk the spiritual path. The villagers stopped taunting them and their treatment became a little more humane. Some of the villagers began to follow Jake. They wanted to know what he found on the spiritual path. He told them that he found Yahweh inside him and Jesus inside him, and they rejoiced in them. They said that Jesus must have been the reincarnated Buddha.

Jake agreed and told them Buddha was in there too. They must be all one and the same. The villagers could accept that, and soon Buddha, Yahweh, and Jesus were the center of their spiritual journey. They loved to hear the stories about Jesus and his suffering. They shared in His victory over the suffering in this world and the promise of nirvana or real life in their Inner Being. They were following Jake.

Eight years after the war ended, the villagers decided to give up their prisoners. 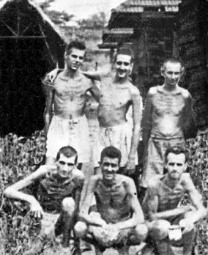 This was partly due to the fact that on a superficial inspection, there did not appear to be any prisoners in the village. The prisoners became a part of their village and blended in with the villagers.

At the debriefing of the prisoners, the six survivors all told the same story. Jake became their leader and showed them how to survive. When they tried to honor Jake for his heroism, he declined. He said, “I was only playing ‘Follow the Leader,’ and when I started to follow the Living Spirit within me everything changed.”