There once was a boy full of mischief.  He went to almost any length to create the ultimate prank.  However, he followed a very strict code of ethics.  Each prank had to produce a maximum 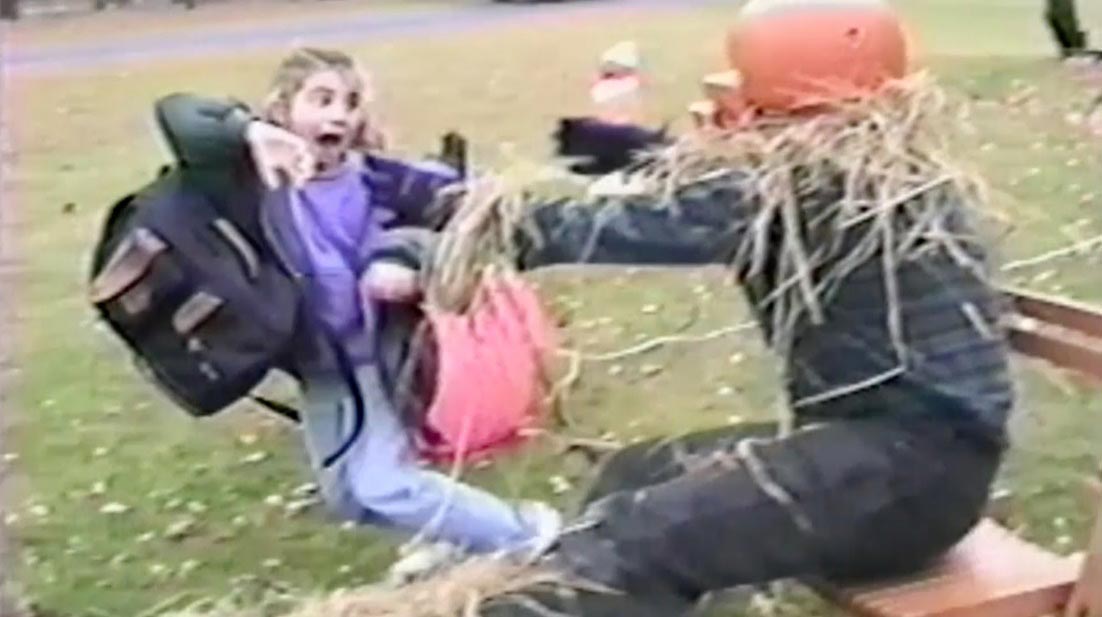 annoyance to the subject, without causing bodily injury or damage to property.

One October he was standing outside the police shed listening to the Police Chief bragging to one of the residents.  He said, “no kid has ever got the best of me on Halloween.”  This was followed by a cocky egotistical laugh.  So, on Halloween he chose the police chief as his subject.  He gathered the things he needed for the prank: a small metal washer, some lightweight fishing line, a thumbtack, two croquet hoops, a short stick, and a fish head.  After dark, he struggled through the woods along the back of the police chief’s house.

While the police chief’s wife was taking care of trick-or-treaters, he slipped into their backyard.  This was the riskiest part of the plan.  He knew that the police chief kept his extension ladder hanging on the tool shed.  He took the ladder and put it up over a second-floor window.  Then he tied the washer to the end of the fishing line and climbed the ladder.  He held up the fishline, so the washer just touched the corner of the window pane and tied a loop.  He secured it to the corner of the window frame with the thumbtack.  He cut the fishing line at the thumbtack and tied the end to the washer.  He climbed down quickly and put the ladder back exactly as he found it. 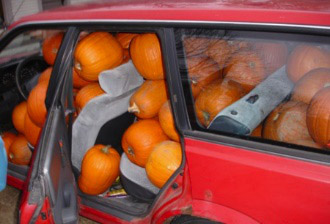 He threw the spool of fishing line through a tree on the edge of the backyard and ran the line about twenty yards into the woods.  There in a small clearing he pushed the first croquet hoop into the ground and passed the fishing line through it.  He then tied the short stick to the line and pushed the second hoop into the ground over the line about eight inches from the first one.  When he pulled on the line it moved back and forth about eight inches, and the washer tapped against the window.  Finally, he cut the line and tied the fish head to the end.

Everything was ready.  He climbed the hill behind the house and found a place where he could see everything through his binoculars.  He waited for over an hour and nothing happened.  He thought of a dozen things that could have gone wrong, like maybe the line hung up some place.  After another half-hour, he decided to sneak down and check it out.  He stowed all his gear and climbed over the edge.  That is when he heard it, “Tap, tap…  Tap, tap, tap.”  A cat finally found the fish head.

He climbed back into his hiding place.  Things really started to happen.  Every light in the house went on.  The police chief’s wife started to go from room to room to find the sound, but she couldn’t find it.  She peered out into the dark backyard, but she couldn’t see anything.  The sound continued, “Tap, tap, tap.”  Minutes later, the police chief pulled up with his bubble flashing. 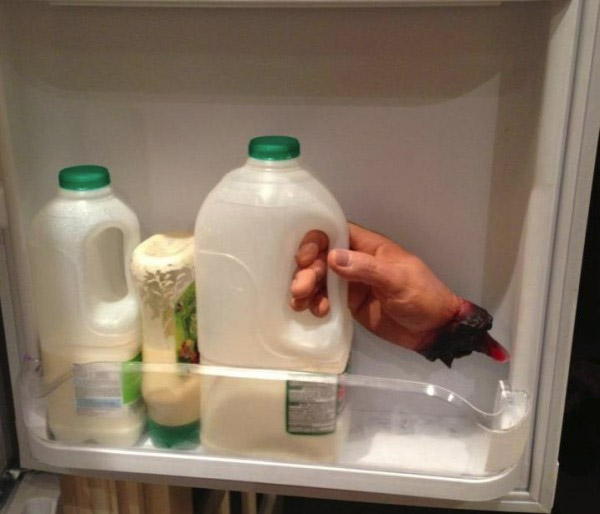 The chief went from room to room.  It was so hysterical that our prankster was rolling on the ground with laughter.  The chief peered through the different windows, but there was nothing.  Finally, he found the right window and quickly opened it.  The tapping stopped.  He looked all around and shined his flashlight over every inch of the backyard.  There was nothing.  He closed the window and started out of the room.  Just as he reached the door, it started again, “Tap, tap, tap.”  He turned and stood in the doorway.  His face was red with anger.  The sound continued, “Tap, tap…  Tap, tap.”  He turned and ran out of the room.

A few seconds later, the chief ran into the backyard.  The sound stopped.  He searched everywhere, with his powerful light.  He looked into the bushes along the back of the yard.  There was nothing.  He was frantic, talking to himself and screaming into his mobile phone.  Then the whole scene became even funnier.

Every squad car in town pulled up in front of the house.  Soon it was like a keystone cop movie.  The cops were everywhere.  They checked every bush a hundred times.  At one point, the chief drew his weapon and threatened the trashcan.  He screamed, “Whoever is in there, come out!”  Within seconds, the whole force had their guns trained on the trashcan.  The chief kicked over the trashcan and the trash went everywhere.

One of the officers asked the chief, “Should I arrest the empty beer bottles?”  Everyone laughed, and the chief looked humiliated.  They all went inside.

Just before daybreak, he went back to collect all his things.  The chief was asleep in a lawn chair in the backyard.  From the little clearing, with one firm pull, the thumbtack popped loose.  He rolled in the line and took everything but the fish head.  The police chief’s snoring made more noise than he did. 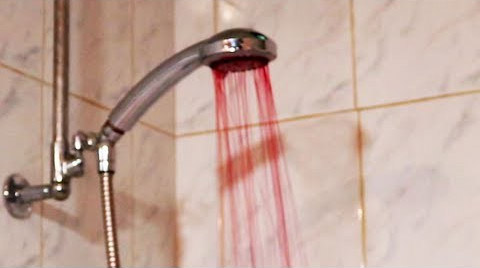 In the months and years that followed, no one really knew what happened, but every Halloween they told the story many times and with many different theories.  Some believed that the chief’s house was haunted.  Some thought he had bats in his belfry.  Some thought it was a woodpecker.  However, every year the police chief sat in his lawn chair in the backyard on Halloween night and the ghost never came back.

A few years later, our prankster was meditating, and he heard the voice of the ‘Great I Am’ within him calling him to be his messenger.  He argued, “I’m not the messenger type.”  However, the ‘Great I Am’ insisted that he was His chosen one, and He had a plan for him.  The ‘Great I Am’ won out, and this young man, as unlikely as you can imagine, went on to make joy noise for the “Great I Am.”