One day in the far distant future, people will live in prosperity and have everything in abundance.  The new ways that science can genetically manipulate vegetables and livestock are now honed to perfection.  Everything grows faster and bigger and is resistant to pests and disease.  There is more than enough for everyone, and hunger no longer exists.  However, there is a terrible sickness that science cannot cure.

This sickness is spreading all over the world like a plague.  Not one country is spared its pain and certain death.  They cannot discover its cause or how it is spread.  The sickness causes organs in the body to mutate and grow at an alarming rate.  It is terrifying.

In that time there will be born, a girl named Lee. 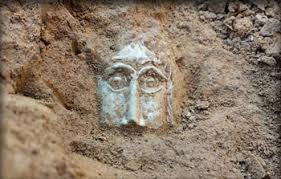 She will grow up at a time when this sickness will reach epidemic proportions.  By the time she is twenty-six she will receive her doctorate degree in Archeology.  Her specialty will be in the ancient civilization of the mid-twentieth century.  For six years, after her graduation, she will work on a dig in the rural area that was once called Middletown, Rhode Island located just above Newport.  They are searching for a hippy community that was reported to have lived off the land.

Then one day, Lee discovers an ancient two-quart mason jar with a zinc and porcelain lid, the seal still intact.  Inside she can see a rolled up journal.  The date 1964 is clearly marked on the cover.  This is an exciting find.  She takes the jar back to her laboratory to open it under special light and in controlled conditions.  She must wait twenty-four hours for the jar to acclimatize before she can open it and examine the journal.

By six o’clock she has a plan. She needs to find out more about the mutating sickness.  She calls, Michael, a friend at MIT.  He is working on a drug to retard the growth of the mutating sickness.  He is very interested, knowing that there is a missing element to his drug.  It could have existed in antiquity.  Lee is in Boston by 7:30.

Michael walks her through his research and gives her a basic knowledge of what he is doing.  He describes the missing element as being something from an extinct insect, an animal serum, or an extinct herbal compound.  Michael points out that a cure will make them instant millionaires.  Lee makes it clear that money is not her interest.  But Michael convinces her that she needs him to recognize what they are looking for.

That afternoon Lee opens the jar and studies the journal.  On the cover are the name John and the number 1224.  The journal opens with a thanksgiving poem about the Creator’s bounteous gift of His Love-light.  It then describes a vision reported to the commune by a member.  A mutating sickness will befall a future age.  It describes the sickness in exact detail.  The vision reveals that the commune has the cure to give for this future age, and it was in the “fruit of their labors.”  Lee can hardly believe what she is reading.  Her carbon dating test shows that it is from the 1960’s.  What is the fruit?

The second part of the journal describes the joy of the commune as they labor without pay to produce the cure.  They live off the land and are self-sustaining.  They sell strawberries, herbs, and aroma oils to earn what little money they need.  “Strawberries, can this be the fruit in the cure?  Where is the ‘Great I Am’ to help me understand this?” 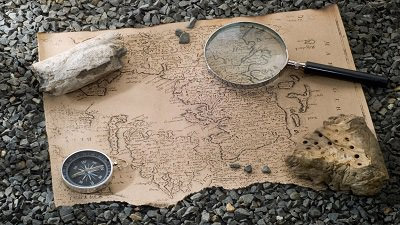 The third part of the journal gives directions on how to find the treasure.  The search starts from where the jar was found with a map and precise latitude and longitude numbers for the treasure location.  It is no longer necessary to follow the laborious directions.  She can position it within ten centimeters with her GPS.

Lee arrives at the dig just before sunset and instantly locates the exact spot.  She sets up her subterranean scanning equipment.  The image that slowly emerges on the computer reveals a sealed entrance to an underground cave.  The entrance is four meters below the surface and tucked neatly between two large boulders.  Lee calls Michael and fills him in.

Lee starts digging at sun up one layer at a time.  When Michael arrives, he wants to dig straight down to the entrance.  Lee insists on doing it properly.  After the first meter, Lee begins to find signs that are described in the directions.  These are precious treasures by themselves, representing the way of life in the hippy commune that she is researching.

By noon, they are ready to unseal the cave. 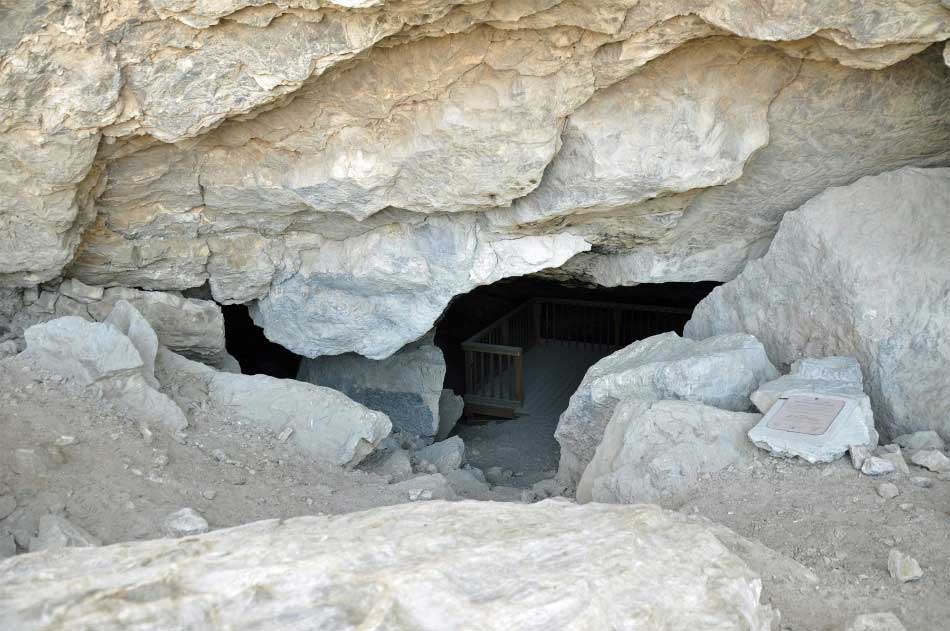 The name John and the numbers 1224 are carved into the stone that seals the cave.  This is it.  They roll away the stone and enter the cave with oxygen masks and powerful lights.

As they move down a long narrow tunnel, Michael pushes his way into the front.  The tunnel passes under a slate slab.  After about fifty meters the tunnel opens up into a huge room over three meters high.  The outer edge of the room is filled with large clay jars about fifty centimeters in diameter and a meter high.  They are stacked three high.

Together, they lift one down.  It was sealed with a Styrofoam lid and sealing wax.

Michel pounds open the lid with one blow of his fist and peers inside.  It is full of wheat grain.  Michael comments, “Perfect packing material for something fragile.”  They very carefully empty the first container.  Nothing!  They check another, then another, and another.  Michael swears at Lee and says, “They’re hiding it.  Which one is it?  What did it say in the journal?”  Lee cannot remember any clue to help.

Michael starts overturning jars that shatter when they fall.  Corn, Oats, Rye, and many grains they do not recognize spill out across the floor.  There is nothing hidden inside any of the jars.  Lee tries to stop him, but he shouts at her, “You have no idea how much money is at stake here.”  Lee tells him, “This is not about money.”  Michael franticly searches the walls of the room for a hidden passage.  There is nothing.

Michael’s activity burns up his oxygen.  He takes off his mask; there is not enough air yet.  He gasps for air and heads out.  In anger, he throws his oxygen tank up, which hits the slate slab; it cracks and begins to collapse.  Michael is crushed under the falling rocks and killed.  Lee manages to step back into the room, but the entrance is sealed off.

Lee does not escape.  She uses up her oxygen and slowly suffocates.  She spends her last minutes trying to connect to her ‘Great I Am’ center.  When she enters the ‘Great I Am’s’ beautiful kingdom, she meets Him.  He is as He was in her dream.  Lee asks Him, “I became part of Michael’s greed, didn’t I?  Where was the cure hidden?” 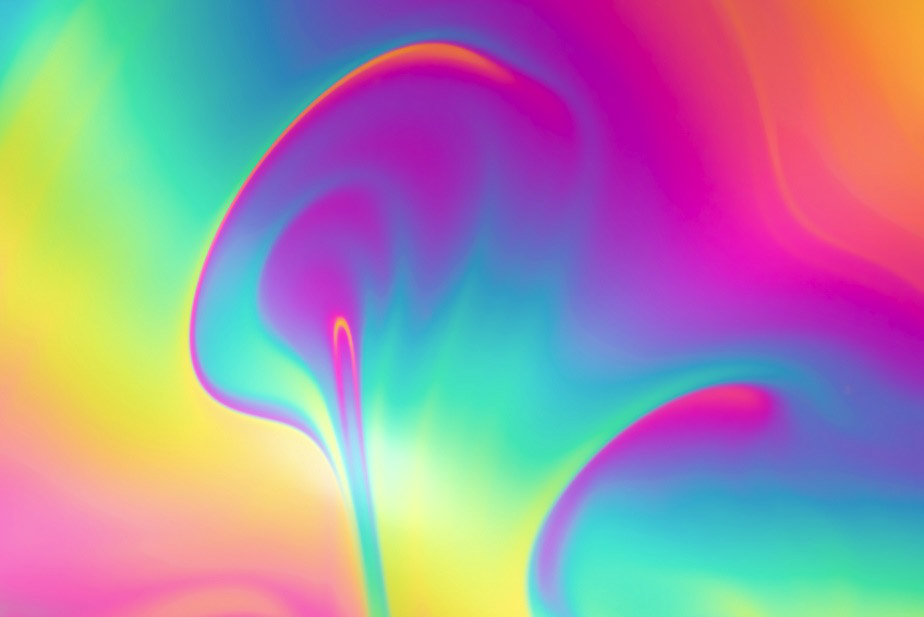 but you allowed his greed to blind you to the cure that was right in front of you.  In John 12:24 Joshua said, ‘Unless a grain of wheat falls into the earth and dies, it remains just a single grain; but if it dies, it bears much fruit.’  All of the grains that exist in your age are so genetically altered that they produce the mutating sickness.  The only unaltered grains left are the ones which you found.  Those grains could have been planted to produce the fruit that would cure the sickness.”

Lee wept because of her failure; this will now be with her for an eternity.  She realized that every day we are making the choices; to follow the treasures of this world, or the treasure we have in our ‘Great I Am’ center.  One will feed our bellies and egos.  The other will feed our Inner Spirit.  One may satisfy us temporarily.  In the other, we abide within the Love-light of the ‘Great I Am’ eternally.